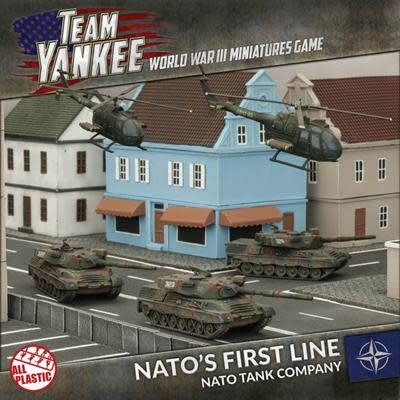 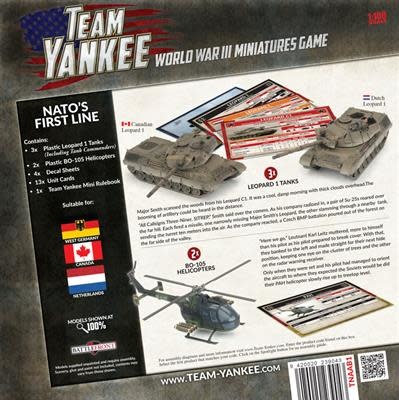 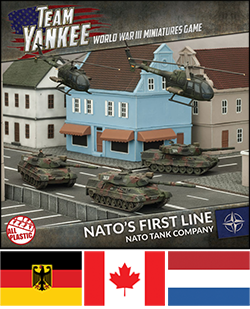 NATO's Front Line Plastic Army Deal (TNAAB1)
NATO's troops stand ready on the border awaiting the Soviet onslaught, confident in their abilities and equipment they have been given.

This army deal contains the Leopard 1 tank and the PAH Anti-tank Helicopter. The Leopard 1 was originally a collaborative project between West Germany and France that the West Germans eventually took into full production and quickly became the standard tank of many forces around the world. The PAH Anti-tank Helicopter originally selected because of its outstanding manoeuvrability. It is armed with six wire-guided HOT anti-tank missiles, three mounted on each side to destroy enemy tanks.