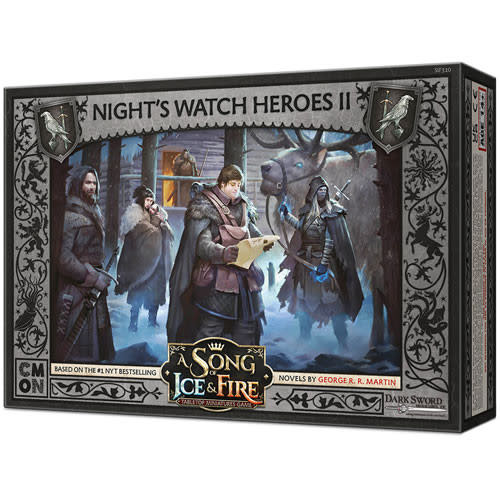 The Night's Watch has become known for legendary figures since it was founded. Benjen Stark stands head and shoulders above the rest as arguably the most talented Ranger of his time, and a capable commander of large forces. The mysterious and deadly Coldhands is at home with cavalry and afoot. And while not exactly a paragon of fighting prowess, Samwell "The Slayer" Tarley will pick up a blade in defense of his young paramour Gilly. The Night's Watch consists of an eclectic group of castoffs from the Seven Kingdoms, yet there are always those who will rise above the horrors beyond the Wall.