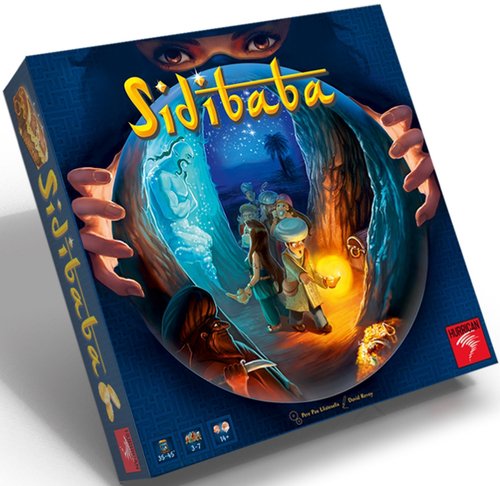 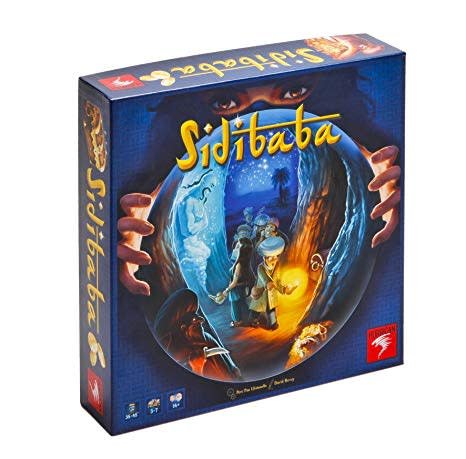 In Sidibaba, players take on the role of Sidibaba and his friends who are searching for hidden treasure in a cave. One of the players (the moderator and also the Leader of the thieves) has a map of the maze and helps guide the other players by providing visions (using tiles) of what lies in front of Sidibaba and his friends, such as a corridor with branching tunnels. After discussion amongst themselves, the other players must decide which way to take, and which of their special powers to use to move along the track; if they cannot agree, then they must vote.

Sidibaba is a real-time game in which players have a limited amount of time to negotiate or else they'll watch their torches go out one by one, eventually leaving them lost in the dark.