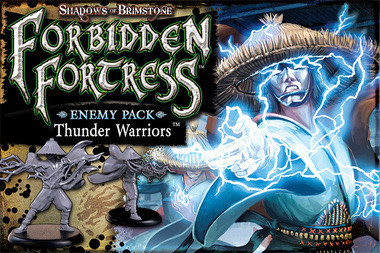 As rolling thunder shakes the ground and blinding lightning flashes across the sky, the Raijin Thunder Warriors descend from the heavens on crackling bolts of electricity. These powerful, supernatural warriors are the advance guard of the Dragon Army, servants of Sho-Riu, the Dragon King, and lords of the storm. They do not suffer the will of mortal men, nor do they heed the moral code of lesser beings. They are god-spirits, demanding revenge for the banishment of their master!

This Enemy Pack contains everything you need to face off against the sinister Raijin Thunder Warriors, emissaries of the Dragon King and lords of lightning! Included are 3 Large Thunder Warrior models, the large Enemy Record Sheet for them, all of the Threat Cards needed to add them to your games, and a new Mission focusing on battling these deadly new Enemies! 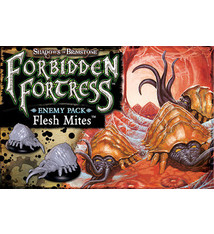 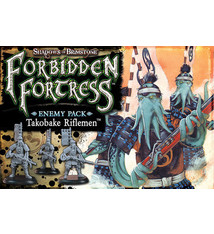