Home » Saga of the Northmen 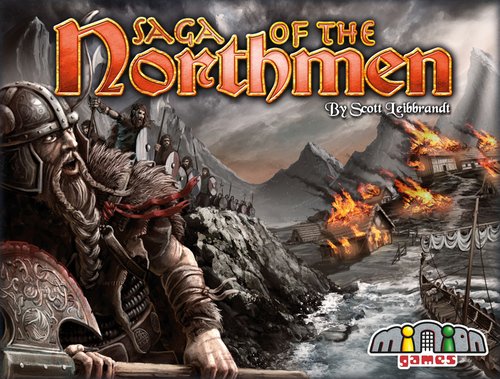 Saga of the Northmen

Europe of the Dark Ages was a treacherous landscape of shifting alliances, warfare, and betrayal. Among the most feared peoples of this time were the Northmen, who came from the lands of Scandinavia to pillage and conquer, without warning and without mercy. In time, the Northmen established their own kingdoms across Europe, and came to dominate many more, gathering enormous wealth and establishing lucrative trade routes.

In Saga of the Northmen, you control a clan of mighty Northmen. Each round, you will use your influence cards to try to gain control of the seven major kingdoms of Europe. You will then maneuver the armies and fleets of the kingdoms that have fallen under your sway. Use your forces wisely, and the riches of Europe are yours for the taking. But beware, there are other clans who also seek plunder and coin. Only the richest and most notorious clan will prevail!