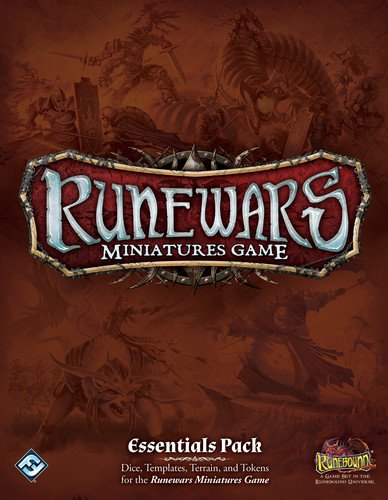 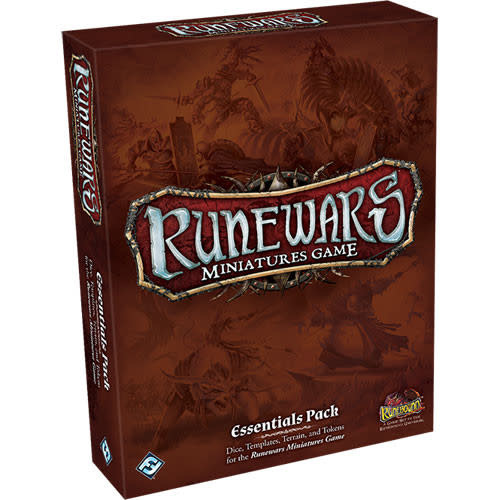 Enter the battle for Terrinoth! The Runewars Essentials Pack gives you all the non-figure accessories you need to play the Runewars Miniatures Game. Tokens, terrain, templates, cards, and dice are all included in the pack to help field the various armies of Terrinoth. Use upgrade cards included in the pack to further customize your armies, before leading them to gloriousMarch to war with the armies of Terrinoth and enter an age of heroes!

The great powers of Terrinoth have clashed countless times over the ages, spilling the blood of man and beast alike on the battlefields of war. Through innumerable battles, armies have maneuvered and conquered, and legendary commanders have risen from the ashes to lead their warriors to victory and greatness. Now, you can take your place among those hallowed captains with the Runewars Miniatures Game, a miniatures game of tactical, rank-and-file warfare, set in the realm of Terrinoth!

The Essentials Pack provides players with additional dice, movement templates, cards, terrain, and tokens needed to play this tactical game system. Build you own custom army from any of the game's factions. Then, show your mastery on the battlefields of Terrinoth!