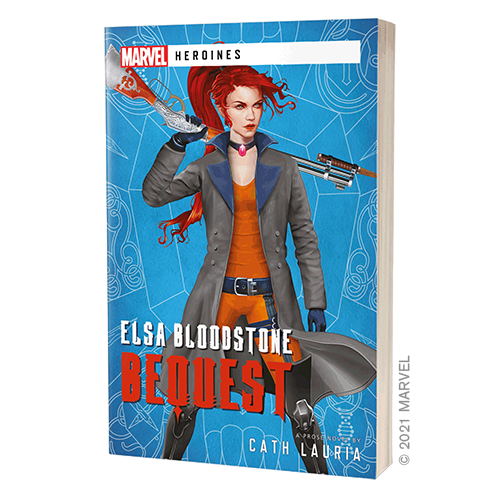 Elsa Bloodstone just can’t catch a break. She’s barely finished shutting down a hive of ratmen when a spec ops squad turns up guns blazing – and they’re shooting at her! It’s nothing a good grenade can’t sort out though. When Elsa returns home, she discovers an unexpected guest claiming to be her long-lost sister, seeking her own stolen Bloodstone shard. The Bloodstone is the secret to Elsa’s superhuman powers, and a shard in villainous hands is seriously bad news. Cue globetrotting adventure, monster smashing and a revelation about her family past that could overturn everything Elsa’s ever known.