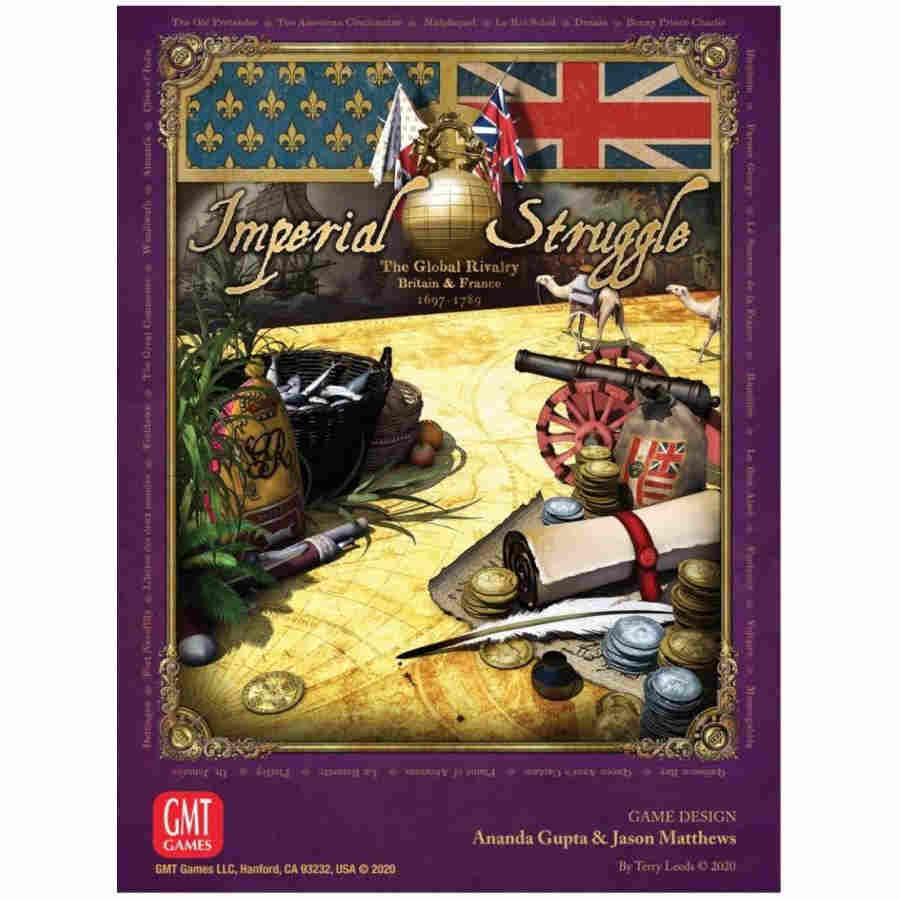 Imperial Struggle is a two-player game depicting the 18th-century rivalry between France and Britain. It begins in 1697, as the two realms wait warily for the King of Spain to name an heir, and ends in 1789, when a new order brought down the Bastille. The game is not merely about war: both France and Britain must build the foundations of colonial wealth, deal with the other nations of Europe, and compete for glory across the span of human endeavor.