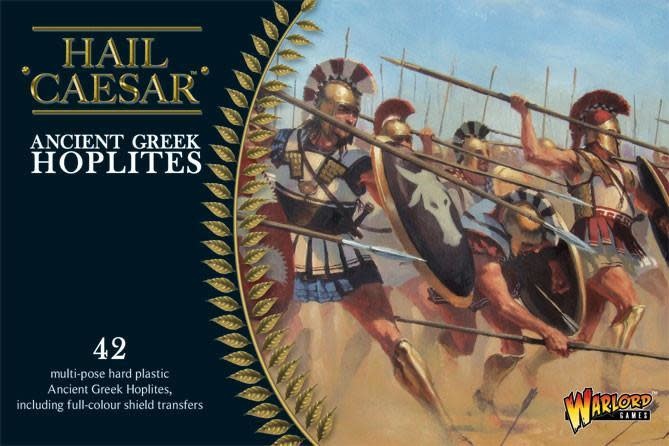 The hoplite phalanx was one of the most formidable fighting formations of the ancient world, enabling the Greeks to dominate the battlefields of their homelands and much of the Near East for hundreds of years.

Each hoplite was equipped with the best armour and equipment he could afford, which often gave the phalanx a rag-tag appearance. The front ranks were reserved for the wealthiest, and therefore best-equipped, men where they hoped to perform heroic deeds in their rich panoply, while the poorer labourers and farmers arguably those most suited to fighting took their place behind.

These figures can be used to represent the armies of the Greek city states and the mercenaries that fought abroad from the mid-6th century to the 4th century BC.