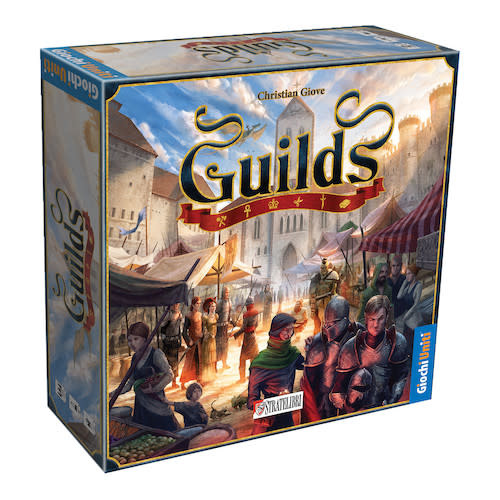 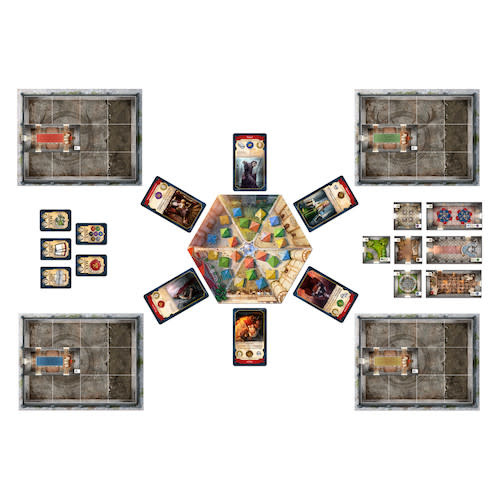 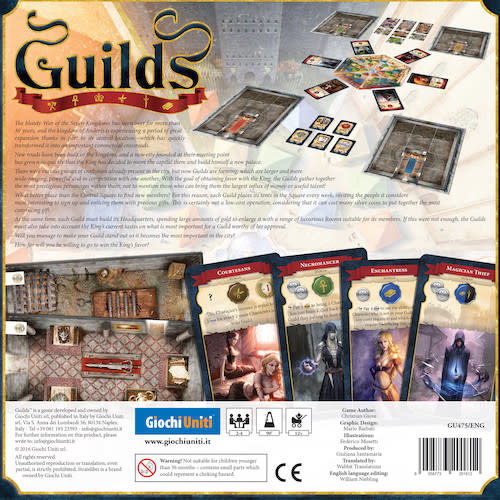 In the kingdom of Anderis, new guilds are forming. With the goal of obtaining favor with the King, the guilds will gather together the most prestigious personages within them. Each turn, players recruit new character cards by using a special bidding mechanism. At the same time, each guild must build its headquarters, spending gold to build new rooms suitable for its members; if this were not enough, the guilds must also take into account the King’s current tastes on what is most important for a guild worthy of his approval.