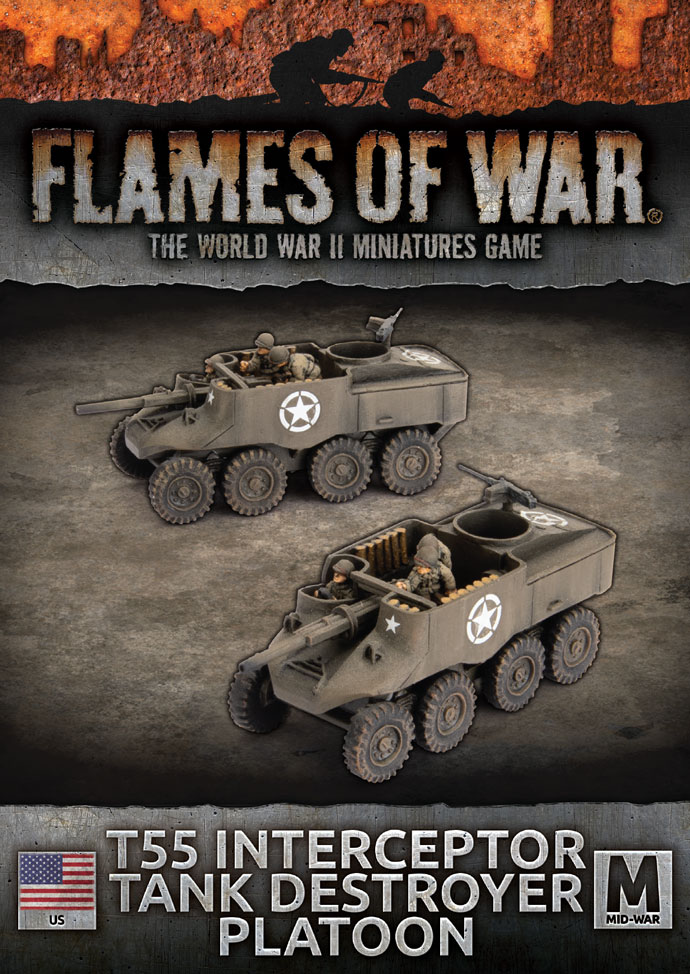 The T55 Interceptor operates using the Tank Destroyer Command’s ‘Seek, Strike and Destroy’ doctrine. Rather than standing in place and slugging it out, the Interceptors use their speed to race to the flanks of an enemy tank attack. Once there, they pop up behind ridges or tree lines, shoot the enemy, then duck back before the enemy can retaliate. The Interceptor’s 3-inch gun is the most powerful anti-tank weapon in the American arsenal. While quite capable of destroying tanks from the front, it is particularly devastating in their weaker flanks. The T55’s wheeled chassis makes it outstandingly fast on roads, allowing it to race into the best position to engage the enemy before they can prepare.