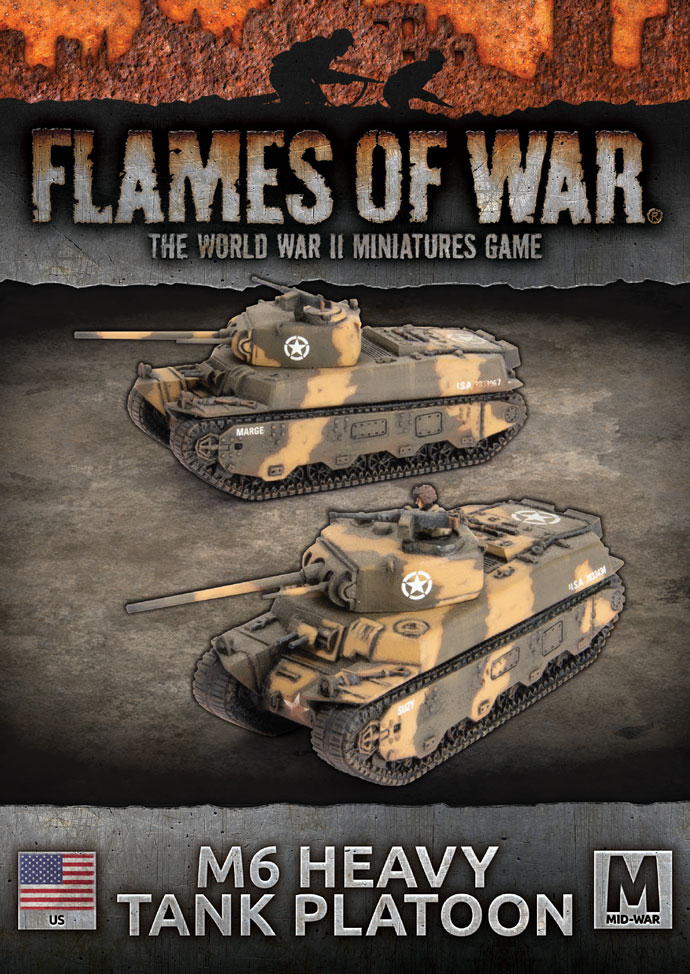 The M6 has a variety of weapons for use depending on its target. In Tunisia, each tank battalion could have fielded an M6 heavy tank platoon. The 3-inch gun is the same powerful weapon fitted to tank destroyers. It is ideal for knocking out enemy tanks, even well-armoured ones. The 37mm is more deadly than the 3-inch gun against enemy guns and machine-guns as the 3-inch gun lacks an effective High Explosive (HE) shell. The high rate of fire of the .50 cal machineguns makes them the most useful weapon against infantry in the open and the only weapon that can harm aircraft. The M6 heavy tank has enough armour to stop most anti-tank guns outright. Only the immensely powerful German ‘88’ can hope to reliably penetrate this well-protected tank.