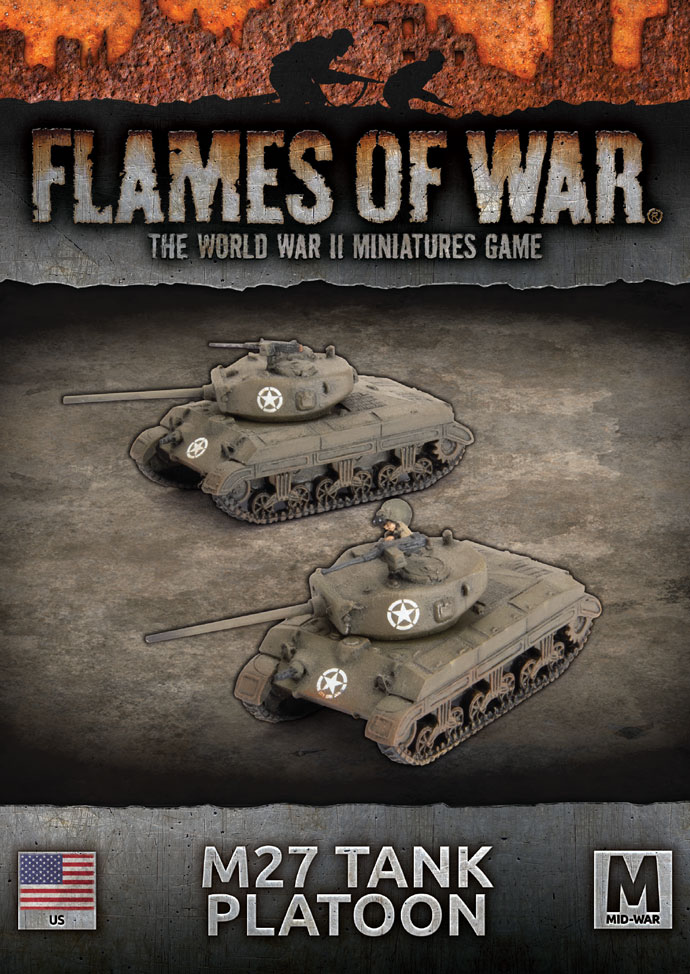 The M27 is one of the most advanced medium tanks in the world. Its gun is the most powerful weapon mounted in a tank of its size, its mobility is excellent, and its armour exceeds that of some heavy tanks. The M27 is armed with a brand-new M1 76mm gun as powerful as the tank destroyers’ 3-inch gun, but fitted with a stabiliser for effective firing on the move. The M27 takes the protection of the well-armoured M4 Sherman to the next level, creating a medium tank with armour to rival some heavy tanks.