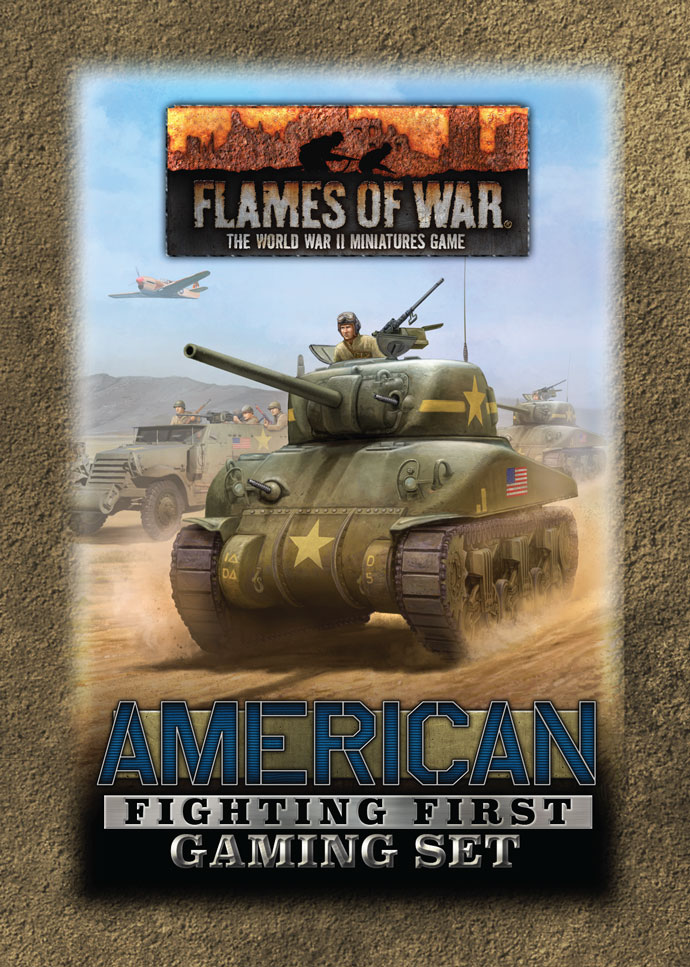 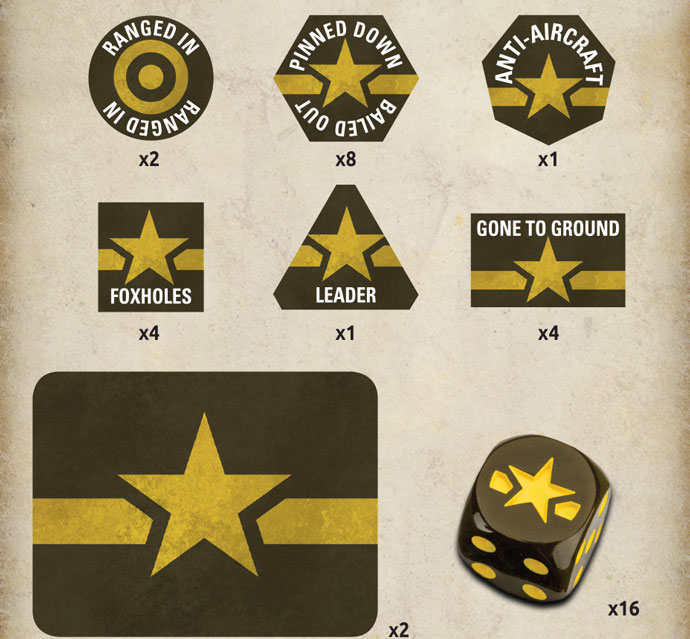 American Fighting First Gaming Set (TD053)
Even though they are toy soldiers, your troops react to heavy fire like real soldiers. Sometimes they get pinned down or bail out of their tanks. They can dig foxholes for protection or go to ground, hiding from the enemy. Tokens help you keep track of the state of your troops.The American Fighting First Gaming Set contains 20 gaming tokens, 16 Dice and two Objective tokens all inside a collectable themed tin.