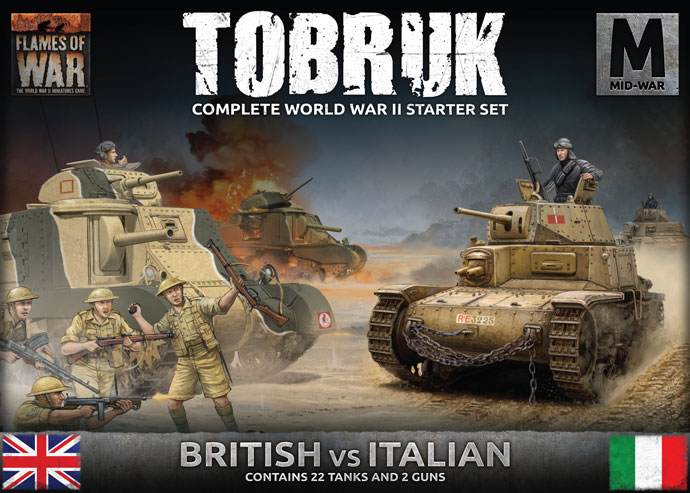 Tobruk (FWBX12)
On 20th June 1942 Italian and German forces attacked the British fortifications around Tobruk, key city that sat astride the supply lines for both sides. Two Italian infantry divisions launched deversionary attacks from the west, while armoured units massed in the east with more Italian infantry ready to follow up the breakthrough. The fight for Tobruk was one of the many critical battles that determined the fate of North Africa