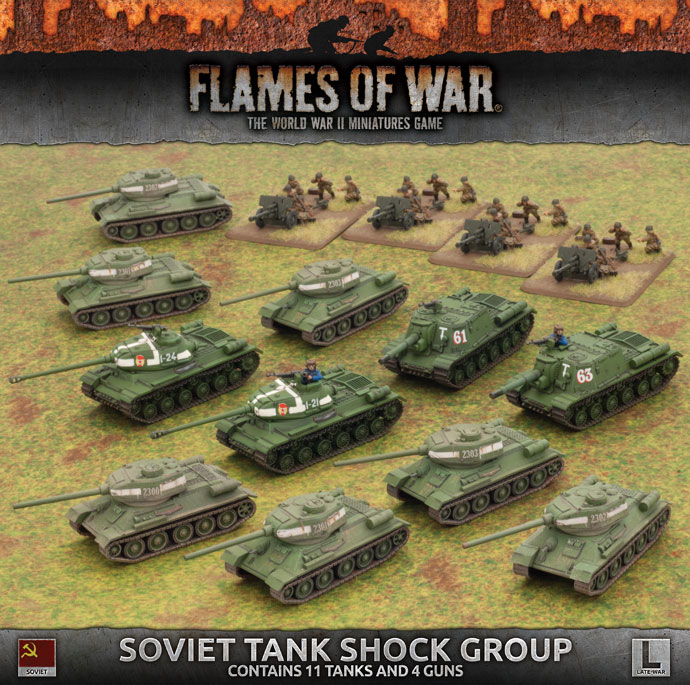 Soviet industry proved up to the task of providing the Red Army with excellent tanks and self-propelled guns that were effective and capable fighting machines, fast to produce, and easy for the crews to use. Well supported by the 'Gods Of War' and their ZIS guns, Soviet Tank Shock Groups would break through any defences or die trying!