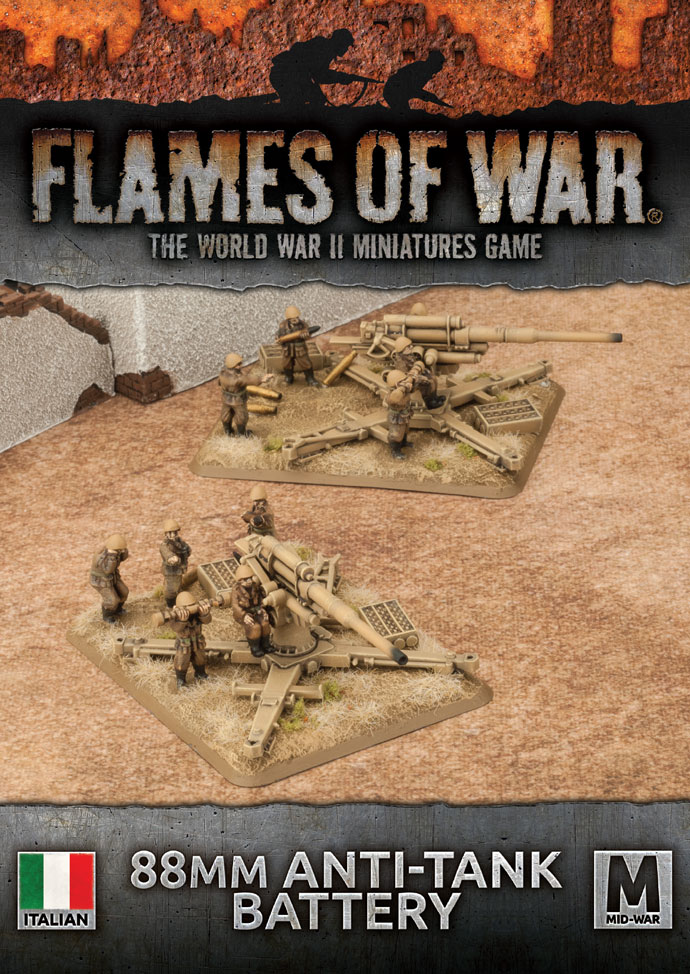 When production of their own 90m heavy anti-aircraft gun failed to keep pace with demand, the Italians purchased German 88mm anti-aircraft guns to make up the numbers. Like the Germans, the Italians used the deadly '88' as a heavy anti-tank gun, giving them the range and punch to knock out any Allied tank, even the Sherman, at ranges where the tanks could not strike back.

The 88mm anti-aircraft gun is accurate out to a range of several kilometeres, giving it the ablitiy to knock out tanks beyond the range at which they can reply.