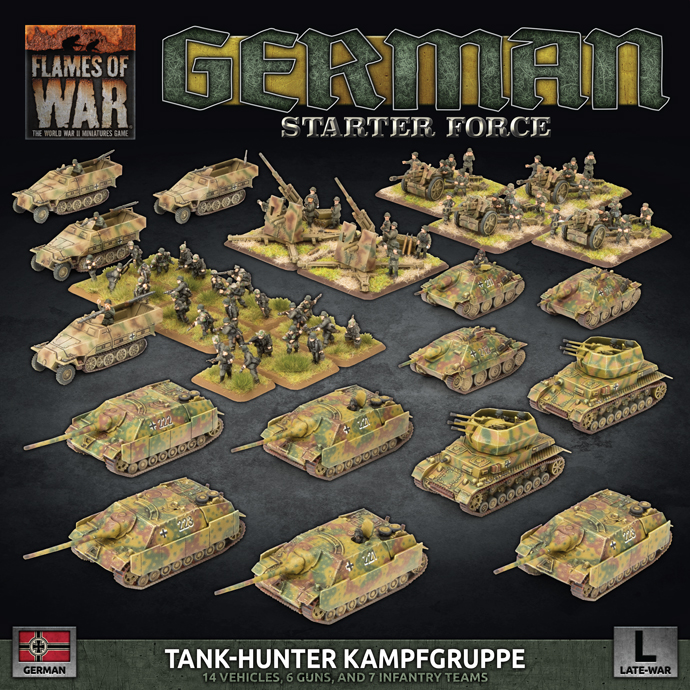 German Tank-hunter Kampfgruppe (GEAB20)
A Kampfgruppe (battle group) was an ad-hoc combined arms formation, usually employing a combination of tanks, infantry, anti-tank and artillery elements. During Operation Bagration, the Germans employed these combined arms formations to stymie the rapid advance of Soviet forces. For the first few weeks of July 1944, these formations formed the backbone of the German defences