Home » Flames of War Campiagn Cards: Battle of the bulge 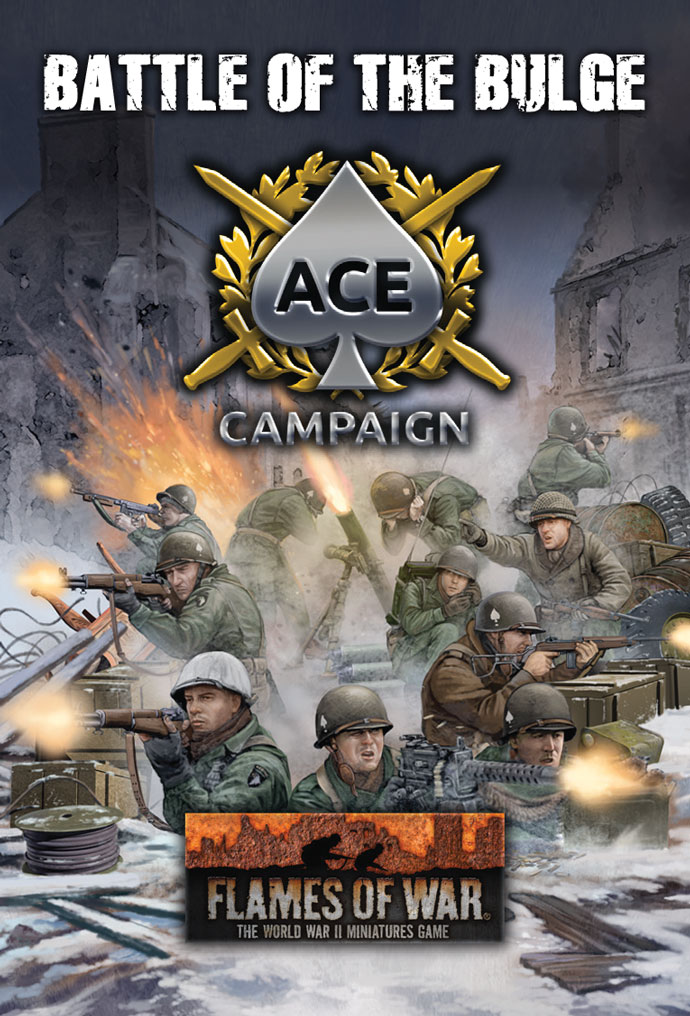 Flames of War Campiagn Cards: Battle of the bulge

What Is Battle of the Bulge: Ace Campaign?
The Battle Of the Bulge: Ace Campaign is the next in our series of Ace Campaigns, a narrative-driven system of Flames Of War battles. Ace Campaigns are extremely flexible in allowing players to tailor their campaign to fit their playgroups needs. There are three different modes that you can play the campaign in: Story Mode, Extended Mode, and Aces Mode. Story mode is your shortest campaign that only uses the Story and Reward cards, while Extended allows you to play longer campaigns by adding in side missions. The Aces mode can be used with Story Mode or Extended Mode an allows players to create their own unique commander with special abilities that will give them an edge during the course of the campaign.