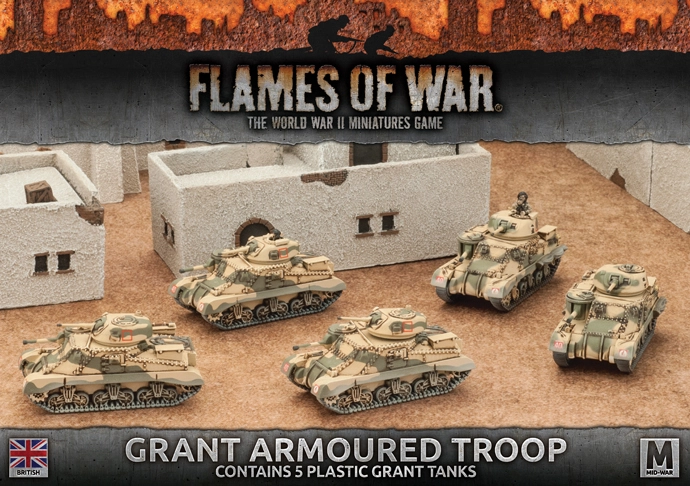 British armoured regiments were delighted to receive the new American-made M3 Grant tank, which gave them a tank with a gun as good as those on the German panzers, with armour to match. Rushed into service to meet the urgent need for a heavy 75mm-armed tank it took the Germans by surprise. Its thick armour and powerful 75mm gun are superior to most of the German panzers.