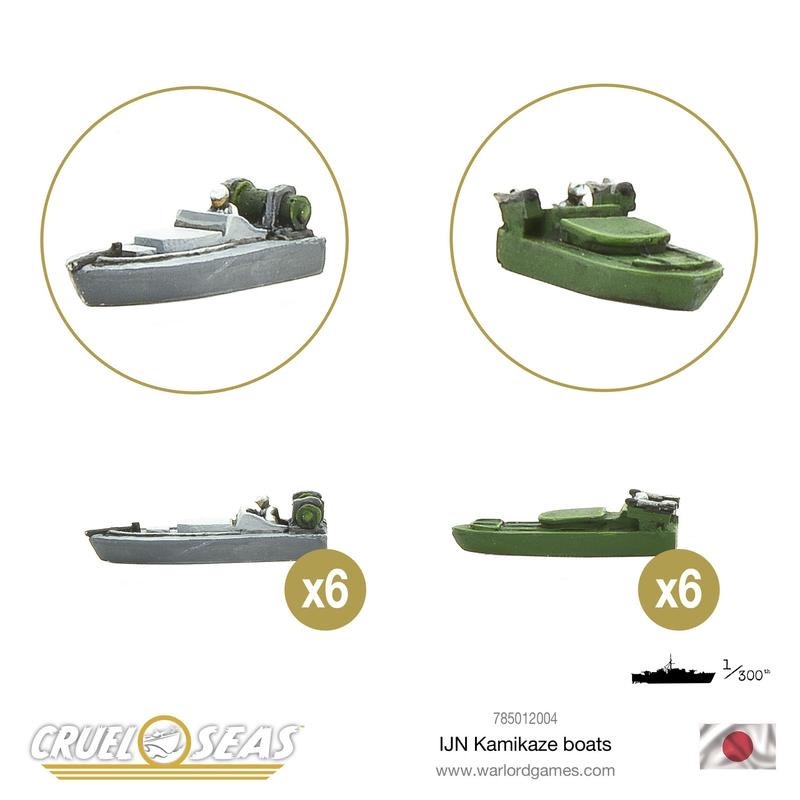 Just as Nazi Germany had to reach for desperate solutions toward war’s end, Japan followed their air force in developing a Kamikaze or suicide weapon that might just turn the tide of the battle. These were the Shin’yo (Seaquake) speedboats. Over 6,000 were built after 1943. A one-man power boat with a speed of 30 knots and a massive 700-pound explosive charge, they were to be run at enemy vessels and if a hit scored it would be deadly. The army also built tiny speedboats, the 2-man Maruni which carried two depth charges as its main weapon.

Mainly used in the Philippines, they were organized into sea raiding regiments, 1, 2, 3, 26, 27, 28 & 29, with 100 boats in each regiment. They fought bravely in numerous actions but were mostly sunk by aircraft, destroyers, and PT boats.As they were manned they could even turn around and do a second run if they missed their target and had the option of abandoning the craft if possible, rather than suffer certain self-immolation. Fortunately for the Allies, the vast majority of the boats were not in the front line but held back in Japan for the proposed final battles. They did cause some severe damage to US destroyers, particularly the large landing craft, several of which were sunk.