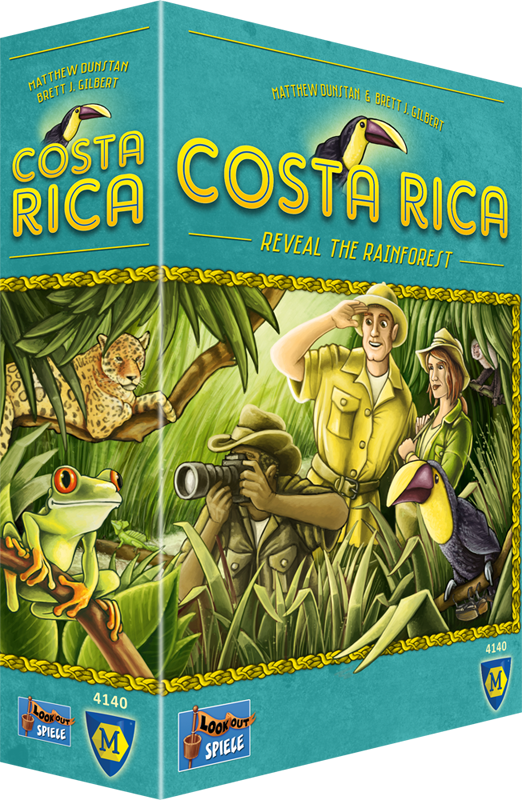 Different sets of exotic animals, different terrains, and the omnipresent danger of mosquitos await in the jungle of Costa Rica, and the player explorers are here to collect sets of rare and exotic animals to rescue them from poachers. Collecting as many as you can of one kind is valuable, but having one of each kind can be beneficial, too. Just avoid being bitten too badly by the mosquitos!

In Costa Rica, all player take part in an expedition, with the active player of a turn deciding where to go and exploring a new tile. In clockwise order, each player must decide whether to leave this expedition and collect all of the animals seen so far, or whether to remain with the group to (hopefully) collect more animals later? Once a player does leave the current expedition, they remove their pawn from that group, collecting nothing else from it.