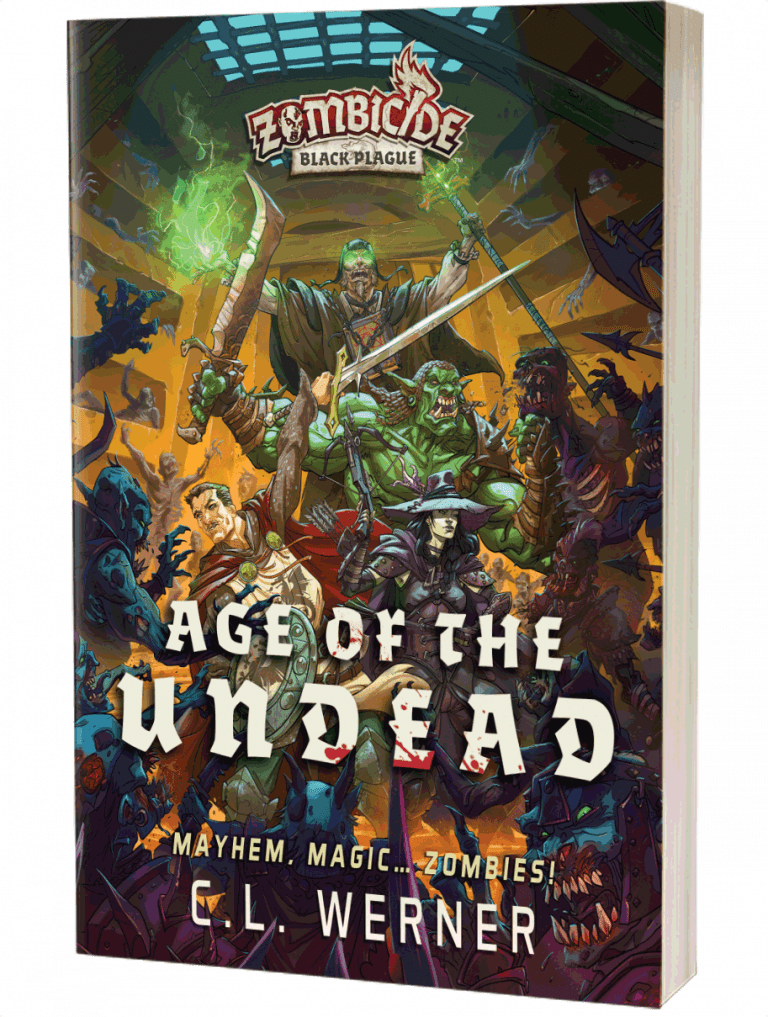 Zombicide NOVEL: Age of the Undead

Scoundrels and soldiers band together to survive the onslaught of alien-zombies spreading across the galaxy in this riotous adventure from the best-selling game, Zombicide: Invader!

A deserted R&D facility tempts the hungry new Guild, Leviathan, into sending a team to plunder its valuable research. The base was abandoned after a neighboring planet was devastated by an outbreak of Xenos -alien zombies -but that was a whole planet away... When the Guild ship is attacked by a quarantine patrol, both ships crash on to the deserted world. Only it isn't as deserted as they hope: a murderous new Xeno threat awakens, desperate to escape the planet. Can the crews cooperate to destroy this new foe? Or will they be forced to sacrifice their ships and lives to protect the galaxy?