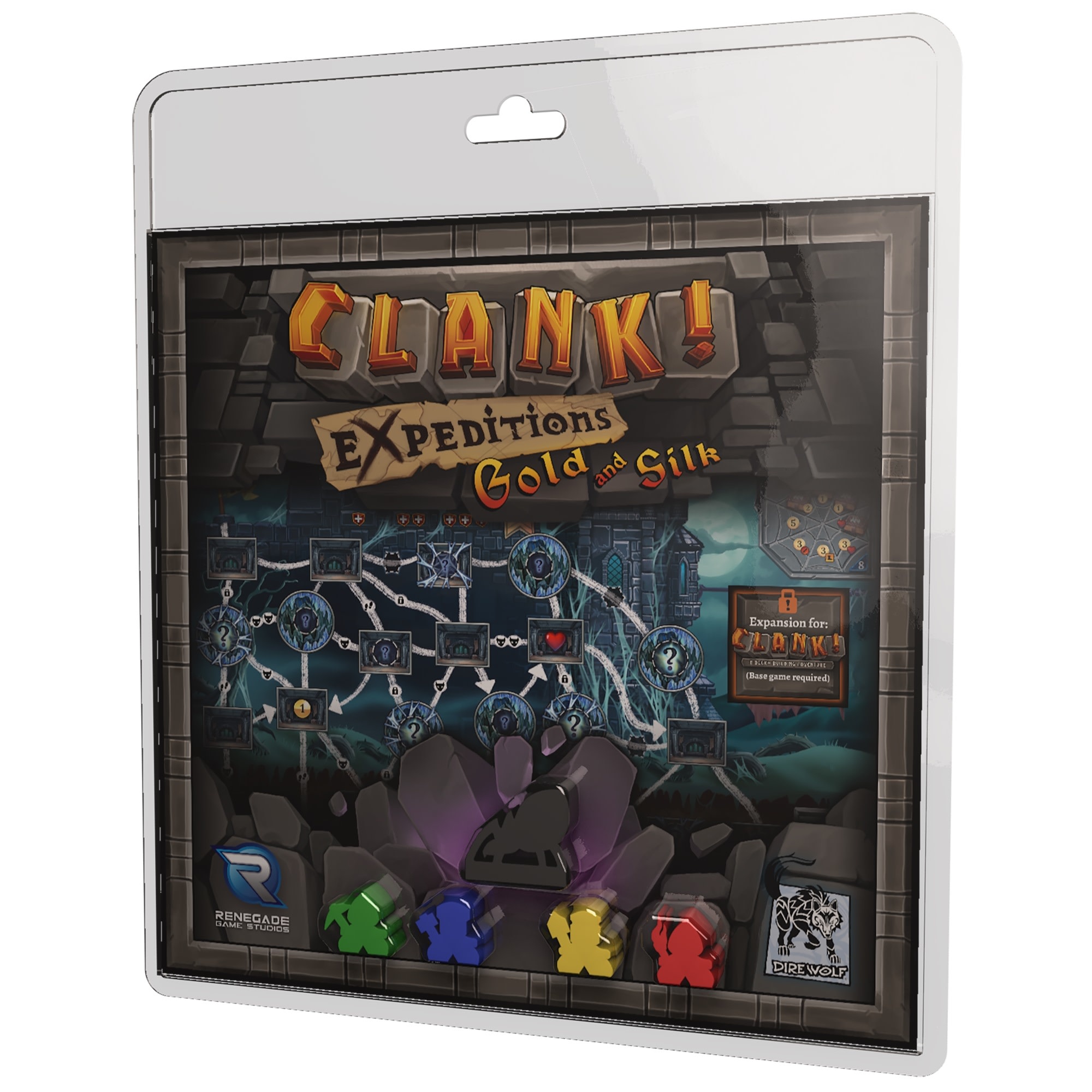 If you have an insatiable thirst for plunder, Clank! Expeditions is for you: a series of boards to continue your deck-building adventures. This first expedition begins in a mine abandoned by the Ruin Dwarven Mining Company (Ruin DMC) when it became infested with monsters. But it still holds plenty of gold for those daring enough to enter. Still more wealth awaits in the Spider Queens Lair. Surely the Spider Queen herself is just a legend meant to scare people away from such a fancy castle. This is an expansion requires Clank! A Deck-Building Adventure to play.