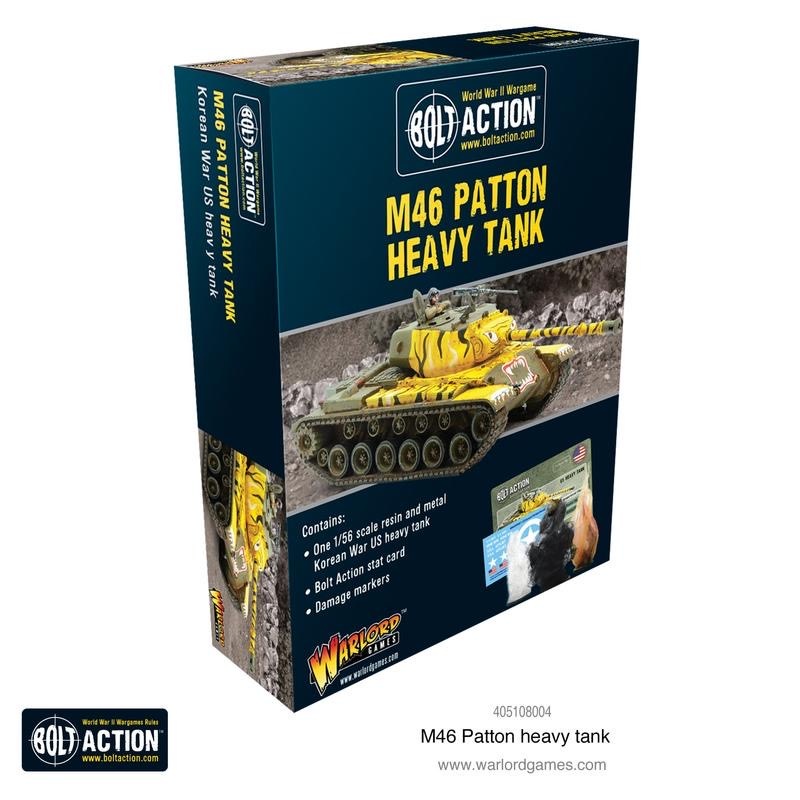 The M46 Patton was designed to replace the M26 Pershing & the M4 Sherman. It was one of the U.S Army's principal tanks of the early Cold War, serving from 1949 up to the mid-1950s.

The only American combat use of the M46 Patton was during the Korean War. On 8 August 1950, the first M46 Patton tanks, belonging to the 6th Tank Battalion, landed in South Korea. The M46 proved to be capable against North Korean T-34 medium tanks.

Though the Armaments Board designated the M46 a 'medium' tank, its capabilities equalled those of the M26 Pershing. Sporting a similar 90mm gun (though enhance a  little), the M46 didn't lack firepower. The deployment of the M46 enabled the Pershings to be withdrawn.

The M46 proved a critical component in the defence of the Pusan perimeter during 1950. Subsequently, it was used at Inchon to support the US Marine amphibious landings. Replaced by the M47 (developed in 1952), its US combat service was limited to the Korean War.

The M46 Patton comes to Bolt Action Korea as a powerful addition to any US force in the Korean war. Its main weapon is gyro-stabilised, providing a great boon to any experienced tank crew!