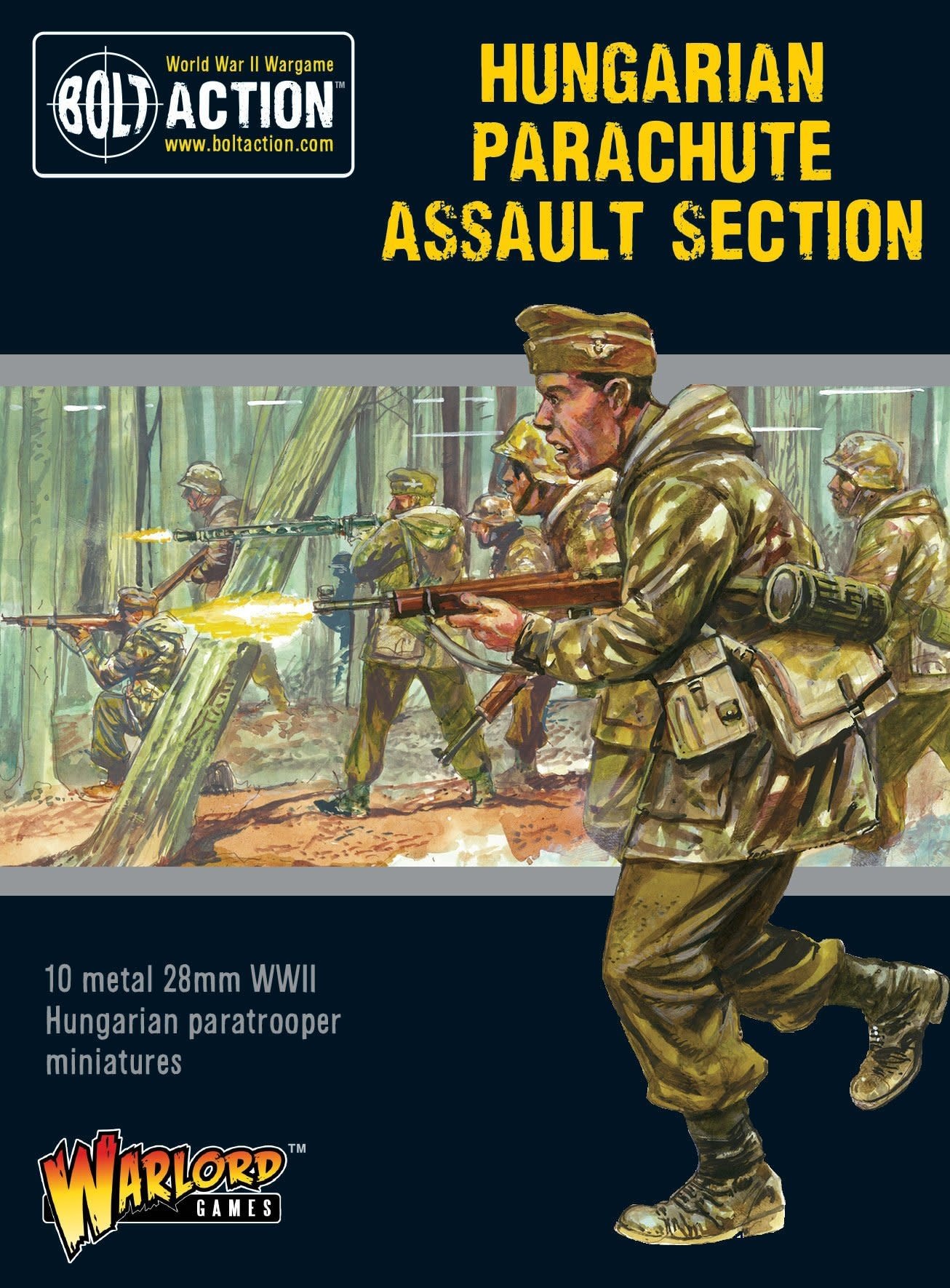 The 1st Hungarian Parachute Battalion was formed in 1940 with transportation provided by the national airline Mágyar Légiforgalmi R.t. They saw their first combat experience against Yugoslavia in 1941 where they captured the Franz Josef Canal after some initial mishaps. The paratroopers did not see combat again until the 19 December 1944 when, as part of the elite Szent László Division, they were deployed as emergency troops to plug gaps in the Budapest defence rings. The Regiment suffered heavy losses but was praised in German Army despatches for its aggressive fighting spirit against overwhelming Soviet attacks.

Even after the fall of Budapest the paratroopers, who were then incorporated into the elite Szent László Division, fought the Soviets all the way into Austria as they were pushed back, eventually surrendering to the Americans.