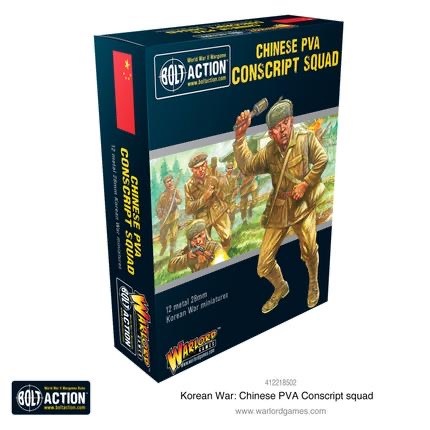 A large portion of the Chinese PVA was made up of conscript peasant soldiers and soldiers captured during the Civil War. Some soldiers had actually surrendered during the Civil War and were forcibly conscripted. Loyalty and capability remained in question for these conscript squads. Some soldiers had very little military training and were armed with rifles and shoulder satchels full of grenades. These units proved to be unpredictable in battle, some fought with distinction, while others needed more encouragement from a political officer.

Any Chinese army may include a free twelve-man levy squad of Inexperienced infantry equipped with rifles only (no other weapon options may be taken).