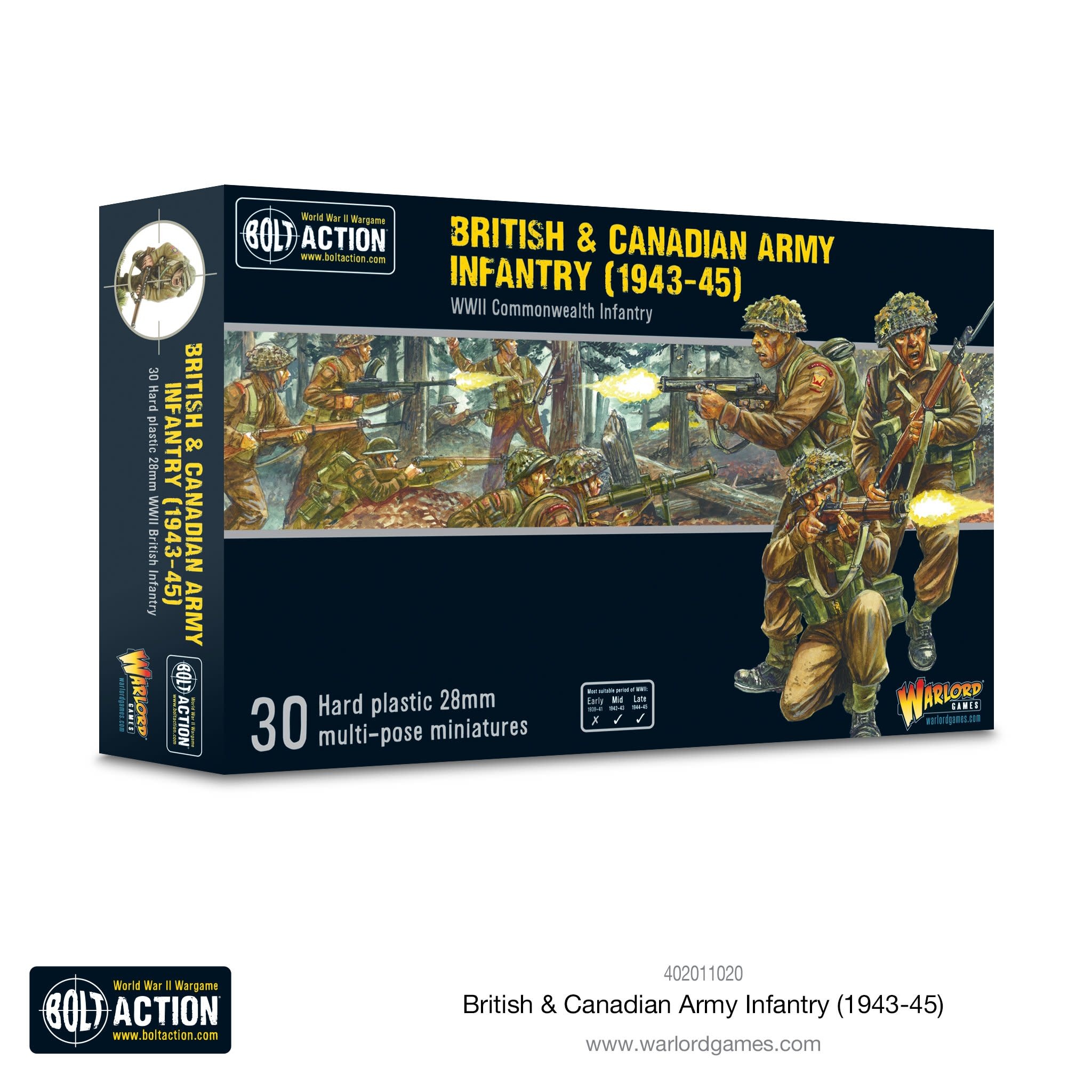 The new plastic kit for the British and Canadians is fantastically detailed and allows for myriad customization options. Our customer service boffins worked out that there are a possible 396 variations that can be made BEFORE the consideration of optional heads and additional accessories such as maps, waving arms and binoculars.

A British infantry squad was referred to as a section. It normally consisted of ten men and was divided into a separate rifle group and Bren group. Each section was led by a corporal armed with a rifle or pistol and included a lance corporal who was in charge of the Bren group. All the section members apart from the corporal carried ammunition for the Bren – 700 rounds in 25 magazines in all. In addition, all men carried grenades. As the war progressed, additional weaponry was acquired. The section leader and/or second in command would be issued with Thompson or Sten submachine guns (though these were sometimes quietly ‘lost’ to avoid making themselves obvious targets for snipers). Late in the war a second Bren was added to many Veteran sections, whether this was officially part of their issue or not.

Canadian infantry sections were organised in the same way as their British counterparts. From 1943–45, due to the Canadian practice of employing MMGs and HMGs on Universal Carriers, spare Bren guns also became available to some infantry sections. All three Canadian infantry divisions were trained to conduct amphibious landing operations. Canadians participated in landings at Dieppe, Sicily, Italy, Normandy, the Breskens Pocket and the Rhine crossing. 3rd Canadian Infantry Division conducted so many amphibious assaults they earned the nickname ‘The Water Rats’ from Field Marshal Montgomery.