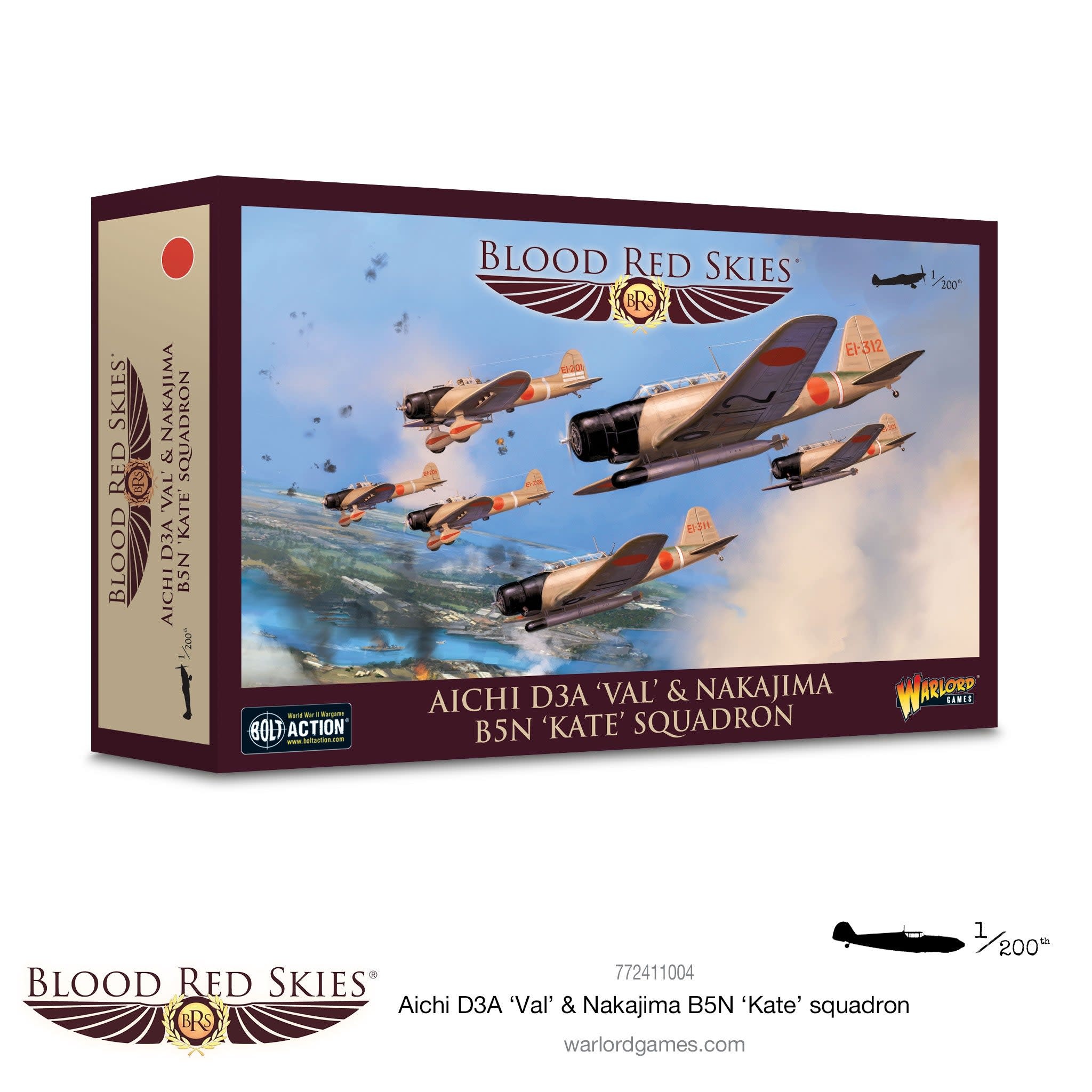 The D3A ‘Val’ was a dive bomber and the B5N ‘Kate’ was a torpedo bomber. Coordinated strikes from these two aircraft redefined the future of naval aviation and sounded the death knell of the battleship. The Aichi Dive bombers would ideally cripple the anti-aircraft ability of their target to facilitate the approach of the much slower torpedo bombers. They are best remembered for their involvement on the attack on Pearl Harbor.

A naval dive bomber with many similarities to the German Ju 87 Stuka, the Val was armed with two fixed forward machineguns and two rear trainable ones. It carried a crew of two and a light bomb load. Used in the anti-shipping dive-bomber mode, the Val was a mainstay of the Japanese carrier-based war effort.

Although the B5N compared favourably to Allied counterparts at the start of its involvement in the war, it was already approaching obsolescence in 1941. It still served throughout the entirety of the war due to the delayed development of its intended successor, the B6N. It had a 3-man crew, pilot, navigator/bombardier/observer, and radio operator/gunner.