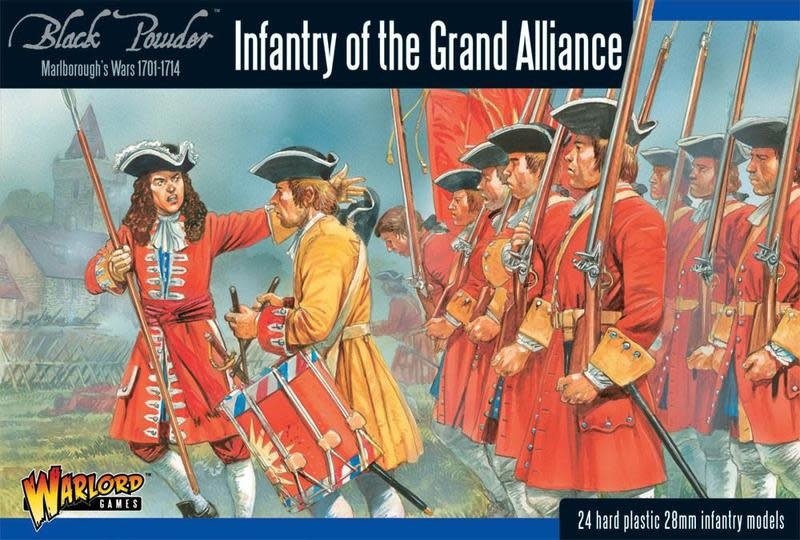 Infantry formed the main back bone of any force within the history known world, the man makes the army. Drilled to near perfection, trained to withstand anything and fighting for a just cause, these men are determined to fight and die for their country.

Within this boxed set you will find all the parts necessary to recreate many of the units that fought for the Grand Alliance. Each box is designed to allow you to create a 24 strong battalion consisting of 20 rank and file, two standard bearers, one drummer and one officer. The variety of heads allows you to re-create each nationality as well allowing you to personalise your army and make each unit unique. The drummer has a mitre head or a tricorne, depending on the nationality of the regiment you are creating, whilst the Officer may have a sash to the side or front. He also has a choice of sword or pistol to lead his men against the dastardly French.

You will also find enclosed a selection of colours carried by the nations of the Grand Alliance. Presented here are Dutch, English, German and Scots regimental colours along with the colours of the British Guards regiment.

Also provided are head options, pouches and belly boxes to allow you to create a separate company of Grenadiers to replace the line infantry. The headgear worn by the Grenadiers often varied between nationalities but those included here represent most commonly used.