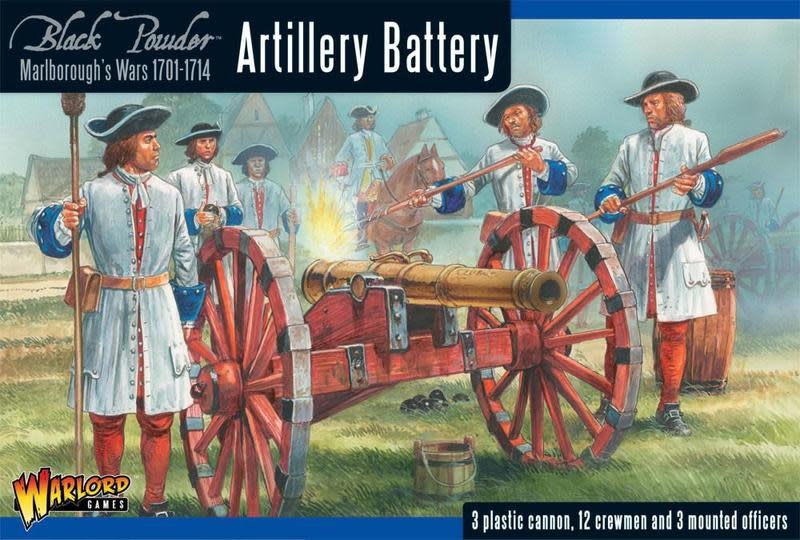 The effective use of Artillery during this period was still in its infancy. Most guns were heavy and cumbersome, and once deployed usually did not move again during the battle. Trained artillery men were also rare, with soldiers from the ranks often drafted in to help move or man the guns.

Within this boxed set you will find all the parts necessary to create three artillery pieces. This is a choice of barrels allowing you to choose either eight pounder or twelve pounder options. Each gun is manned by four crew, who have a variety of head and arm options to allow you to vary their appearance as much as you wish. Their dress and appearance allows them to be used as generic artillery crew for the majority of European nations during this period. Also included are spare barrels, buckets and roundshot to decorate your artillery bases and to make your guns look like they are in the heat of battle!

You will also find enclosed three mounted officers. These can be used as commanders to direct your artillery or, should you so wish, they can be detached to act as Colonels or Brigade commanders for your infantry or cavalry. Sufficient head and arm options are provided for whichever option you choose to make.