Home » Beyond the Gates of Antares Book: HARDCOVER 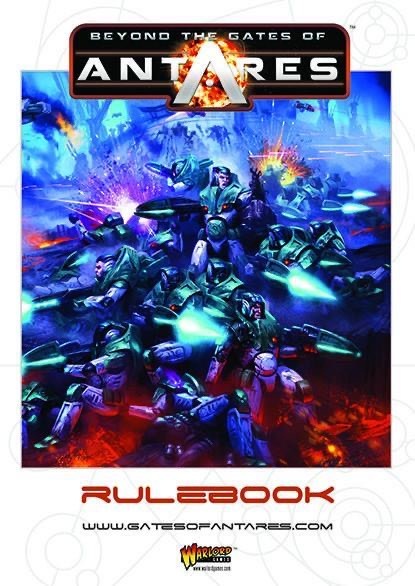 Beyond the Gates of Antares Book: HARDCOVER

At 260-pages, this full-colour hardback tome contains everything you need to know in order to get started exploring the brand new Science Fiction universe from the creator of Warhammer 40,000...

Beyond the Gates of Antares lies a universe vast beyond comprehension, a universe of human endeavour stretching eons into a dark and turbulent past, a universe of embattled civilisations possessed of unimaginable power. Across millions of worlds rival empires are locked in a struggle for dominance, driven by intellects that are as much machine as human, the omniscient integrated machine intelligence of a society and a time very different to our own.

This is the universe of the Seventh Age of Humanity and the setting for our game. Our game is called Beyond the Gates of Antares because that is where our adventures will take us. We will travel through Antarean dimensional gateways to the galaxy spanning empires of the PanHuman Concord and Isorian Senatex, and further to the myriad worlds of the Determinate and beyond. We will board the glittering space borne cities of the Vardari, the great mercantile powers of Antarean space, and we will confront foes as implacable as the Ghar and as merciless as the Renegade NuHu Shards.

Beyond the Gates of Antares was originally conceived as a game and that is where our journey begins. However, our game is only the first step upon a path that promises to take us to new stars and undiscovered worlds which inhabit a living, breathing universe, and one that we intend to realise fully in the form of campaigns, background expansions and – in time – much more in order to explore the many different aspects of our setting.