Home » Beyond the Gates of Antares: Freeborn- Striker Attack Skimmer 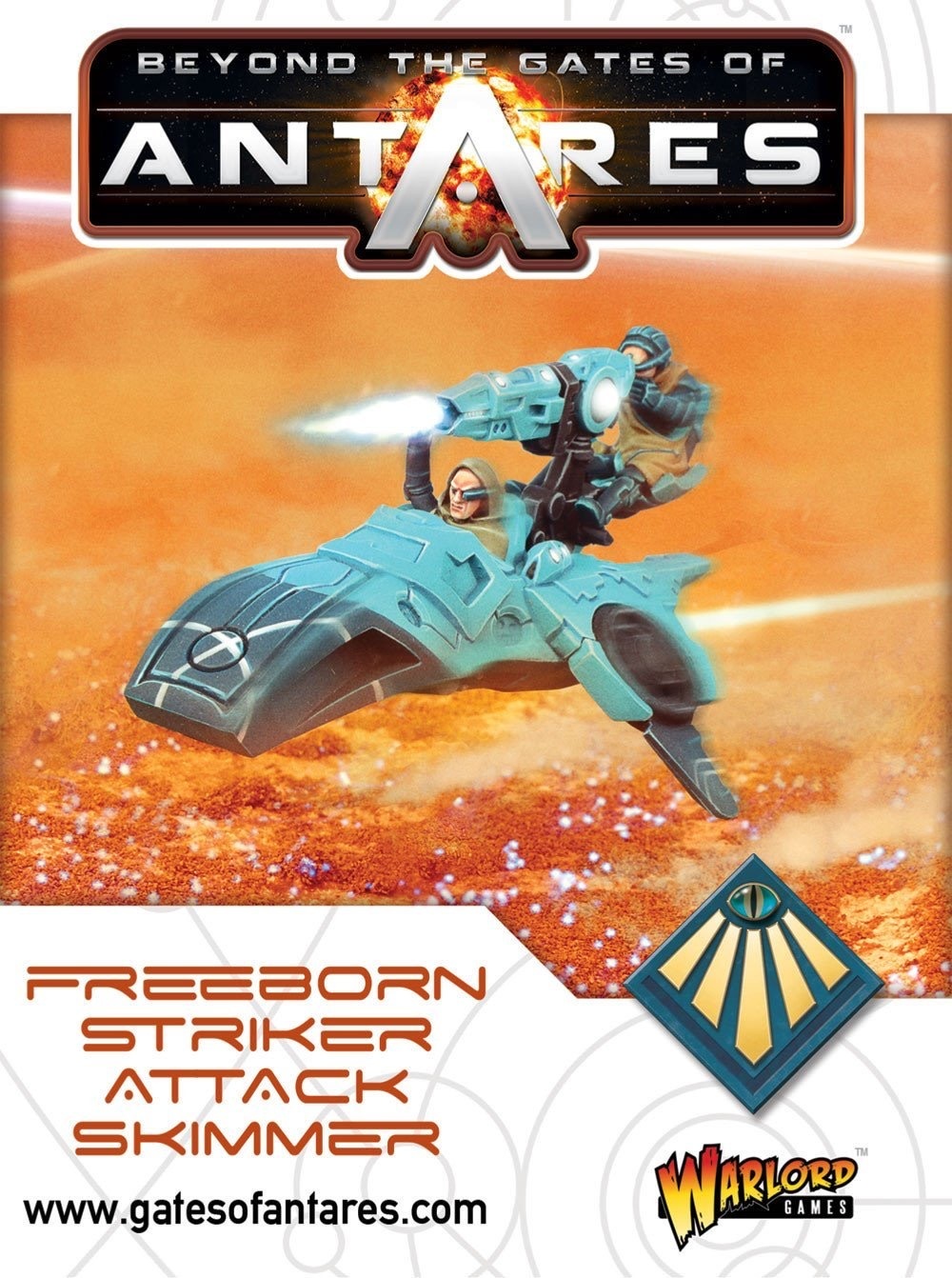 Beyond the Gates of Antares: Freeborn- Striker Attack Skimmer

The Striker Attack Skimmer is a templated two man transporter that emulates aspects of Concord drone design. It is similar in concept and appearance to many civilian skimmers found throughout Antarean space. Concord military regard such machines as too vulnerable and therefore too great a risk for their crew and therefor have traded this technology with the more flamboyant Freeborn.

The Striker is a general type of vehicle the appearance of which can vary to some extent. Its outer panels serve as ﬁxed points for the vehicle’s hyperlight armour carrier nodes but are otherwise cosmetic. The machine is buoyed upon powerful suspensors providing the Striker with a high degree of manoeuvrability as well as an eﬀective means of low speed propulsion. Reaction thrusters augmented by suspensors are used to attain higher speeds.