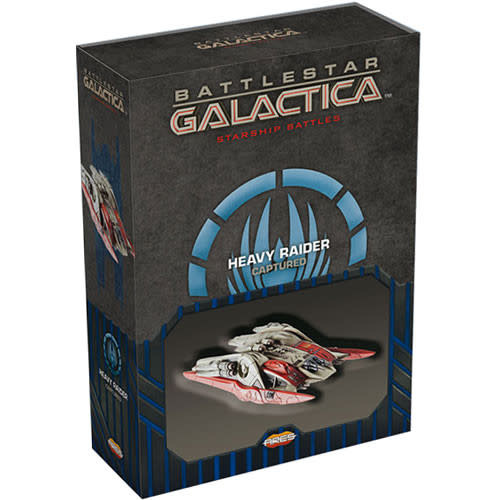 The Heavy Raider is a Cylon multifunctional spacecraft, used to attack colonial ships and transport Cylon fighters on boarding missions. Like a Cylon Raider, this spacecraft is sentient and self-flying. It can also be piloted by Centurions or human-form Cylons, but its lack of windows forces the pilot to rely on electronics only to navigate.

The Heavy Raiders can be controlled by human pilots. Caprica's Sharon (Boomer's clone) stole a Heavy Raider to rescue Starbuck from a Cylon base and escape to Kobol. This pack includes cards to represent her when she became a Colonial pilot, with the callsign "Athena," and the ship cards to play the model as either a Colonial or Cylon ship.