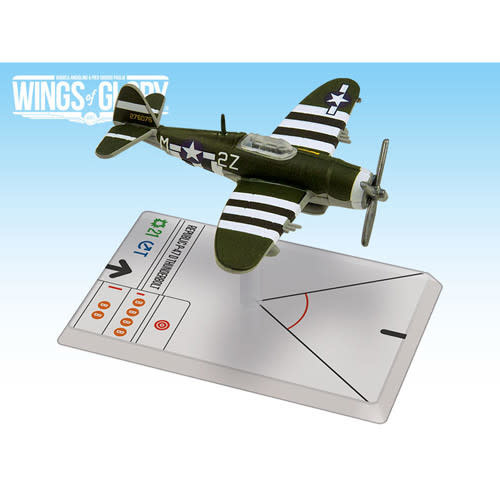 The Republic P-47 was by far the largest and heaviest single engine fighter built in World War Two. Nicknamed "The Unbreakable" and "The Jug," it was a rugged and dependable airplane, capable of flying its pilot back from combat even when full of holes from enemy fire. Heavily armed with eight .50-caliber machine guns, and carrying an impressive bomb load, it was very effective as both a bomber escort and a ground attack aircraft. Refined during its development, the P-47D was the most produced version, with 12,602 built.