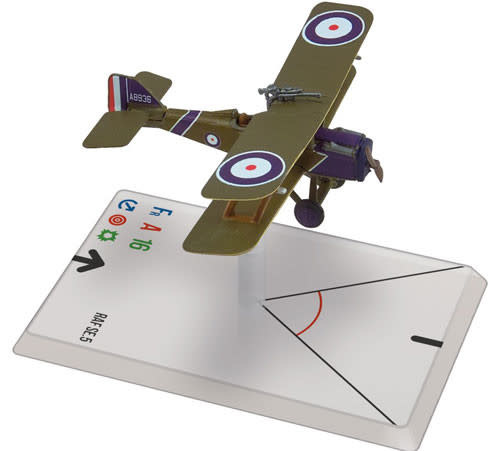 The RAF SE.5 fighter (quickly becoming the SE.5a) was one of the aircrafts that turned the air war around for the Allies. Both fast and maneuverable, it was easy to fly and an excellent gun platform, as demonstrated by the many aces who scored most of their victories in the airplane. Though engine problems inhibited its early success, once they were solved, it became one of the best fighters of the entire War, able to match or beat anything the Germans flew. Over 5000 aircrafts were produced.

The Canadian ace "Billy" Bishop was one of the top scoring pilots of the World War I (72 victories), including 25 in one 10-day period. He was awarded the Victoria Cross and several other decorations.