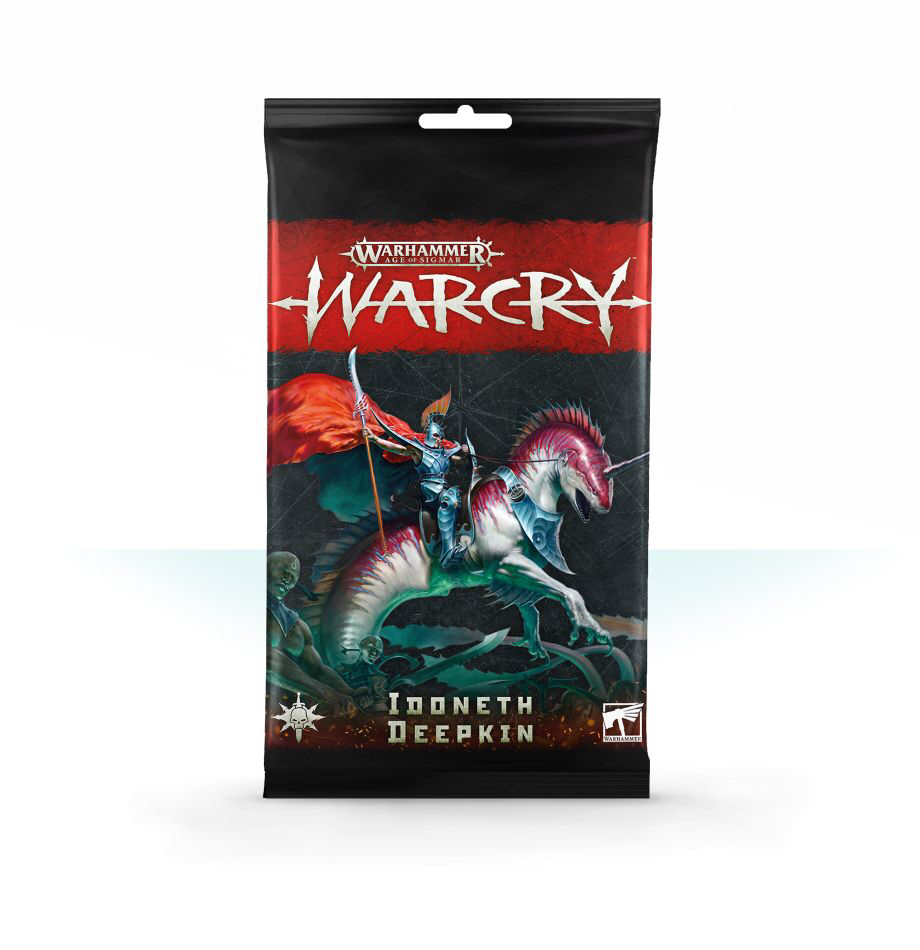 The mysterious aelves of the deeps emerge from the waves only to raid the lands of surface-dwellers. They seek not treasure nor coin, but the very souls of the living.

Unleash the sinister powers of the Idoneth Deepkin in Warcry with this card pack! Combined with the Core Rules and your miniatures, this set allows you to bring the mysterious reavers of the Mortal Realms’ oceans to your skirmish battles. An abilities card lets you use deadly in-game tactics and powers, while a set of fighter cards provide profiles for Namarti Thralls, Namarti Reavers, Ishlaen Guard and Morrsarr Guard.