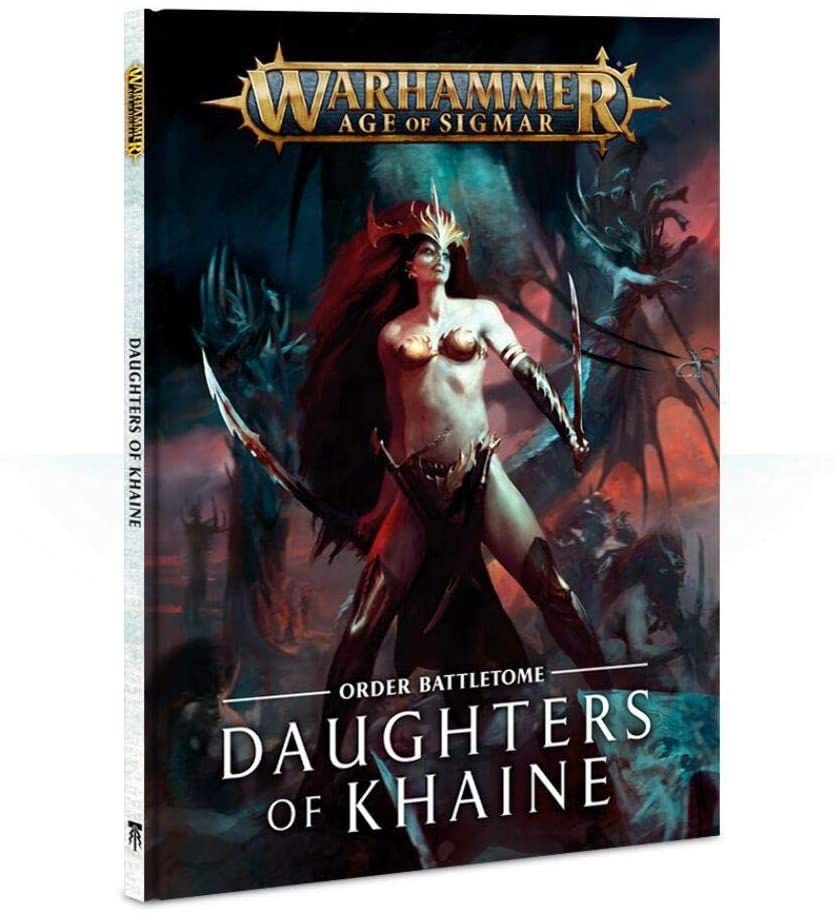 All the rules you need in order to get your Daughters of Khaine army ready for the gaming table are here:

- 16 Warscrolls, covering every miniature in the Daughters of Khaine faction;
- Allegiance Abilities representing the Daughters of Khaine’s methods of war – including 3 different types of Artifacts of Power, unique Command Traits and the Blood Rites table, which confers new abilities at the start of every round;
- Lore of Shadows: A spell list for use by Daughters of Khaine wizards – along with Prayers of the Khainite Cult, known to their priests;
- Specific Abilities, Warscroll Battalion rules, Artifacts of Power and Command Traits for 4 Temples of Blood (Hagg Nar, Draichi Ganeth, the Kraith, and Khailebron);
- A Battleplan, including objectives for both sides, deployment map, special rules and victory conditions;
- Daughters of Khaine tactics: advice on advanced tactics that suit this army’s play style, giving tips on using specific models with specific Temples of Blood;
- Rules for creating a Daughters of Khaine warband to use in a Path to Glory campaign, including Followers Rewards Table and Champion Rewards Table;
- 6 Warscroll Battalions conferring advantages for fielding certain combinations of models;
- Pitched Battle Profiles for all units featured in this Battletome, including unit sizes, points values and battlefield roles.