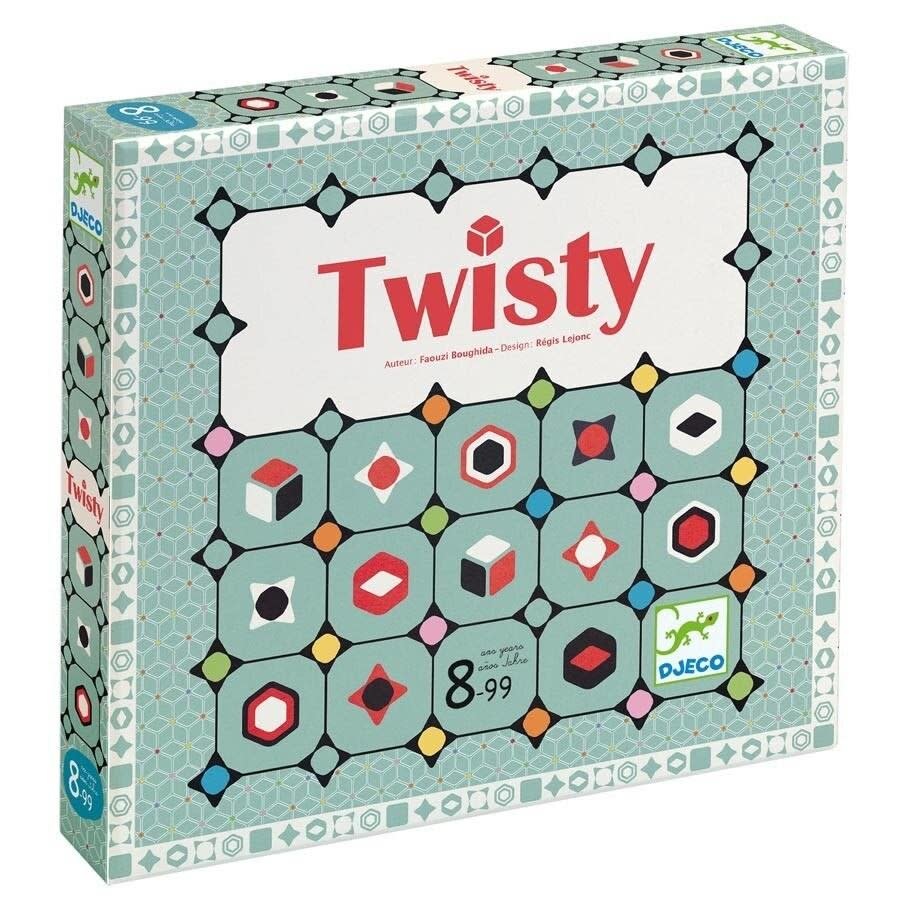 A strategic game about collecting cubes, while jumping across the board that changes from game to game.

The board consists of 49 squares, on 44 of those squares is placed wooden counters, which either contains a coloured cube or special jump allowance.

Players get 7 coloured counters, which they place in front of them, which indicates in what order they have to pick up the coloured cubes.