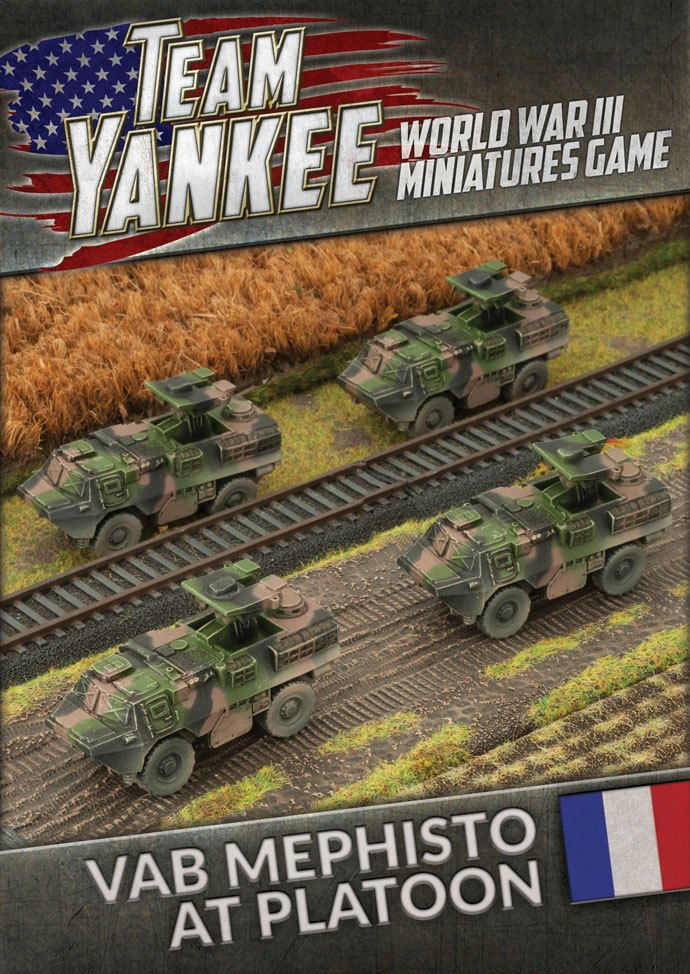 The VAB Mephisto (VCAC - Véhicule de Combat Anti-Char) is an anti-tank vehicle that mounts the Franco-German HOT anti-tank guided missile system. This powerful wire-guided anti-tank missile is capable of knocking out any Warsaw Pact tank from outside the tank’s effective gun range.