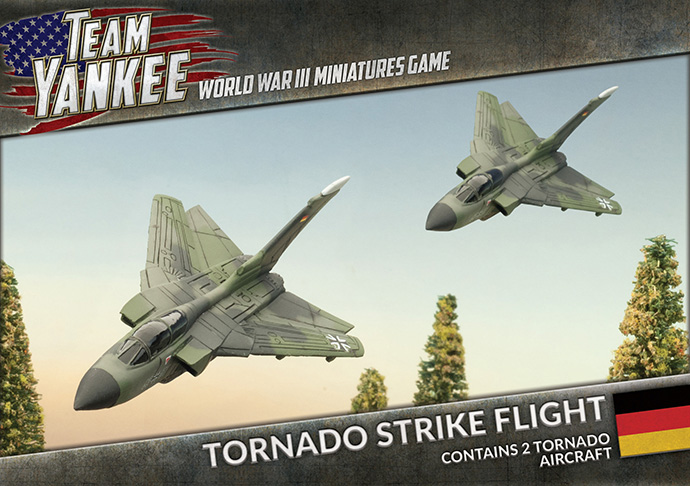 The Tornado strike-aircraft was developed as a joint project between Germany, Britain, and Italy. The main role of the Tornado is as an Interdictor Strike (IDS) aircraft.

The Tornado is armed with two internally mounted 27mm Mauser BK-27 auto-cannons and two AIM-9 Sidewinder missiles for self-defence. It can carry a variety of conventional bombs, as well as the MW-1 submunition dispenser that drops a variety of munitions, including the KB44 antitank bomblet.