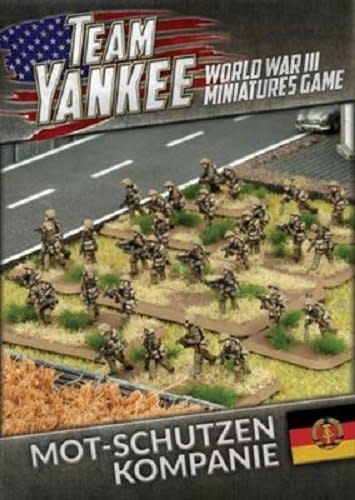 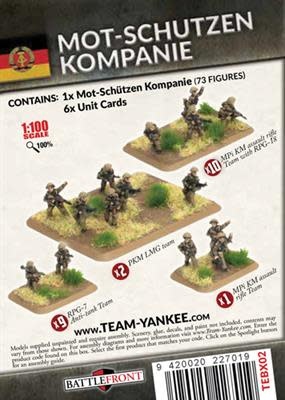 The Russian BMP-1 is the successor to Germany's ground-breaking Hanomag halftrack of the Second World War. It carries the Schützen into battle in relative safety, then gives them fire support as they launch their attack.

Mounting an AT-3 Sagger missile, the BMP-1 also protects the infantry from enemy panzers.

The company’s riflemen are armed with the classic AKM assault rifle, or MPi KM (Maschinenpistole Kalashnikow Modernisiert) submachine-gun as the East Germans called them. Each squad is also equipped with an RPK squad automatic weapon, disposable RPG-18 anti-tank rockets, and the powerful RPG-7 anti-tank rocket launcher.