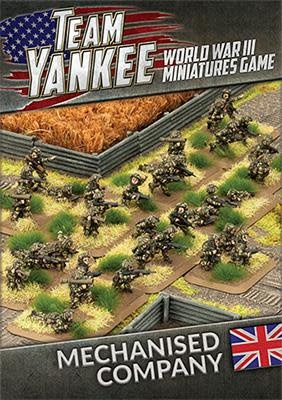 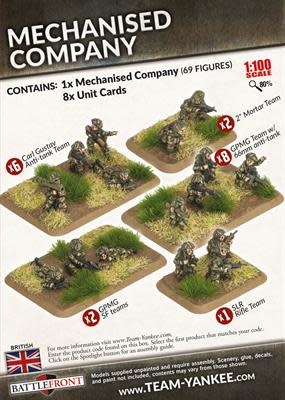 The infantry's job is to hold the ground that the tanks have seized. The men of the Irish Guards are no strangers to difficult missions, having faced the Germans in World War II and now the tide of Soviets 40 years later.

The Mechanised Company comprises a Company HQ and two Mechanised Platoons. Each platoon has an impressive variety of firepower at its disposal, with the ‘Gimpy’ (GPMG or General Purpose Machine-gun) and L1A1 SLRs (Self-Loading Rifles), the ‘Charlie G’ (84mm Carl Gustav recoilless gun) and one-shot 66mm light anti-tank weapons for anti-tank work, and a 2” light mortar team, whose main role is to use smoke to blind enemy machine-guns.