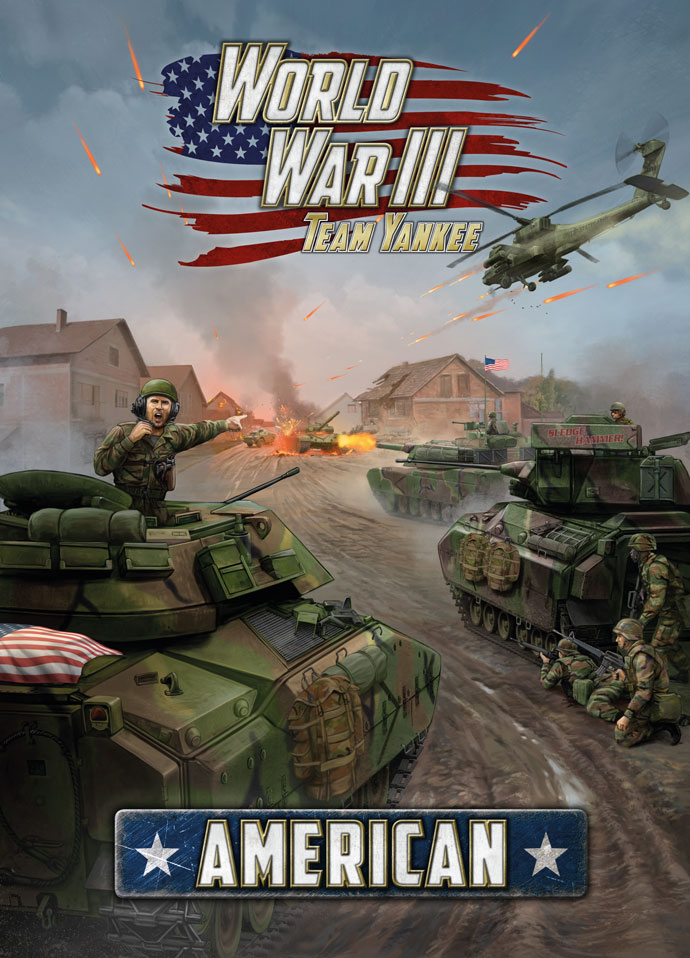 The United States has the most powerful armed forces  in the world. Three army corps stand ready to defend Western Europe from the red horde poised across the Iron Curtain. Armoured troops’ powerful M60 Patton tanks or state of the art M1, IPM1, or M1A1 Abrams tanks, mechanized infantry mounted in reliable M113 personnel carriers, or the latest M2 Bradleys, light infantry of the 82nd Airborne, and fast attack forces of the 9th Motorised Division all stand ready to stop the red tide. Cavalry and scouts deploy forward in tanks, M113, M3 Bradley, and HMMWV vehicles to thwart the enemy’s progress, while anti-aircraft troops watch the skies. The US Marine Corps’ amphibious troops are ready to be deployed where needed with their own tanks, Light Armored Vehicles, and hard fighting infantry, backed by their own support. Those commies won’t know what hit them!

Inside you will find: