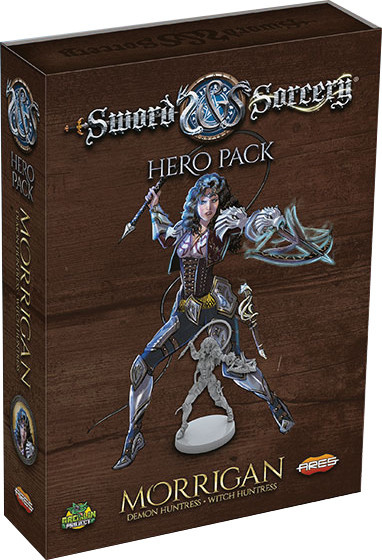 With this Hero Pack, you now have the possibility to introduce a new, powerful character into your campaign. There are times when terrible acts give birth to an implacable nemesis, creating heroes completely devoted to revenge Heroes like Morrigan, who saw her parents and friends exterminated by supernatural creatures. As a Demon Huntress, Morrigan is the only survivor to a demonic attack on her hometown and feels a deep hatred of these creatures. She specializes in fighting with her arcane whip, her mind perfectly trained to ignore the terror caused by demons.