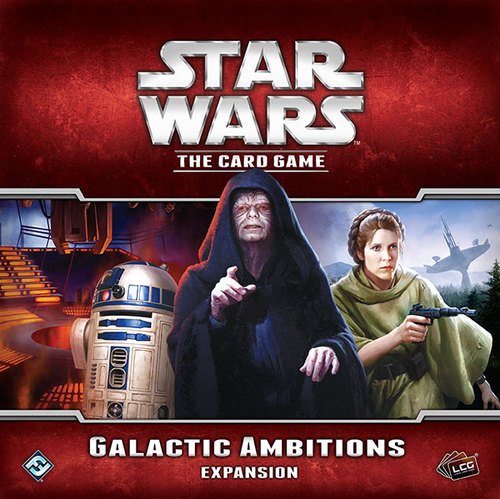 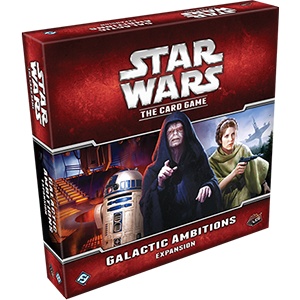 Two great powers struggle for the fate of the galaxy across the Star Wars saga. On one side, you find the fledgling Rebel Alliance, led by a few brave politicians and desperately fighting for the hearts and minds of people on countless planets. Opposing the Rebels stands the might of the Galactic Empire, a monolithic government ruled by the Sith Lords, Darth Vader and Darth Sidious.

Galactic Ambitions pits these two powers against each other in a struggle for the galaxy itself. Like previous deluxe expansions, the twenty-six new objective sets included in Galactic Ambitions fix the spotlight on two factions—the Sith and the Rebel Alliance—but every faction receives cards that push your decks in new directions. Here, you’ll find an assortment of iconic characters to include in your decks, including Darth Vader, Emperor Palpatine, Leia Organa, and Mon Mothma, Kanan Jarrus, and the Inquisitor from Star Wars: Rebels. Whether you’re fighting to free the galaxy or to squelch any trace of resistance, Galactic Ambitionsoffers new strategies and cards to support new deck types.