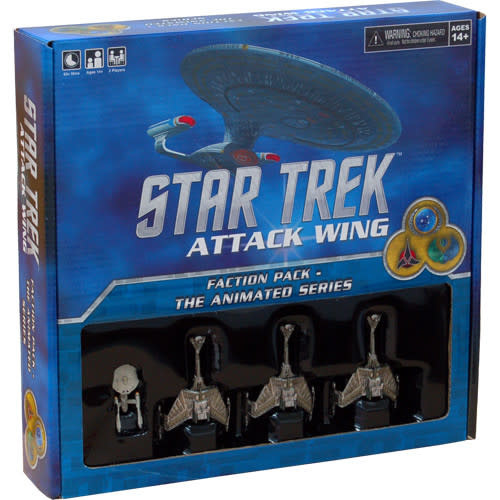 Star Trek: The Animated Series translated Gene Roddenberry's vision of the future into cartoon form nad introduced a plethora of new characters and races to the Star Trek universe. Today, many of those same characters and races to Star Trek Attack Wing! Joining the animated versions of famous Starfleet crew members we have: Arex, the Edosian navigator; M'Ress, the Caitian communications officer; and Robert April, the first captain of the USS Enterprise! As always, the Federation has adversaries they must triumph over including cartoon versions of the Klingons, Koloth and Kor; the Romulan, Larus; the Vendorian Spy; and the infamous con artist, Harcourt Fenton Mudd!