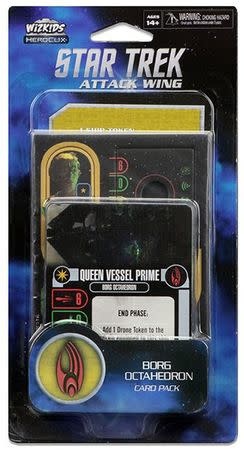 The Borg Octahedron was a starship that was used by the Borg Collective in 2375. When the Federation encountered this ship, it was used by the Borg to transport the Borg Queen. The ship was heavily armored and had a tremendous amount of armaments in addition to being capable of transwarp speeds. The Octahedron famously chased the Delta Flyer after it rescued Seven of Nine and escaped from the Unicomplex. This unique ship was ultimately destroyed when the U.S.S. Voyager collapsed the transwarp conduit it was inside of.