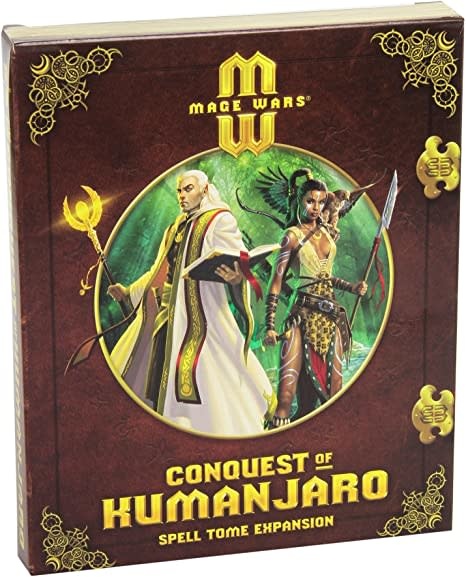 Far to the south, across the Veridian Sea, lies Kumanjaro, a sprawling continent of wide savannahs, dense jungles, and untold riches. It has remained untouched by cultured nations of the North... until now! Now, the peace of a century has turned to conflict as the forces of Westlock carve out their own territories for the good of the crown and the glory of Asyra! In the Mage Wars expansion Conquest of Kumanjaro, players can wage their own matches as a Priest of the Order of Malakai, or as a Beastmaster of the Johktari, using new ability cards for each, and a trove of new spells from all the spell schools. Additionally, three new conditions (Bleed, Stuck, and Tainted) enhance gameplay and the battle experience.