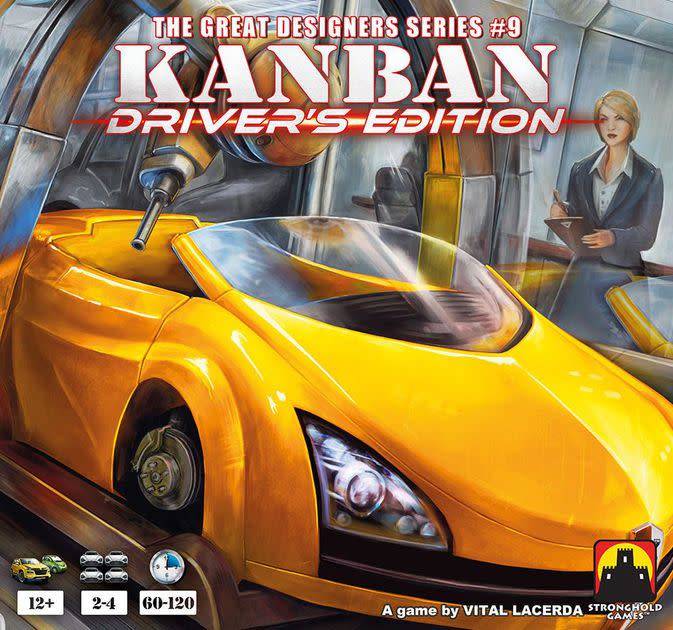 Kanban - the Japanese word for `billboard` - is a term for the visual cues that might be used in a lean, efficient assembly line in order to expedite and streamline workflow. These signals get the workers what they need, where they need it, when they need it to create a just-in-time (JIT) production system. Kanban: The Automotive Revolution puts you in the driver`s seat of an entire production facility, as players portray ambitious overseers seeking to impress Sandra, the factory manager, who reviews their performance and precision to keep the factory running like a well-oiled machine. This Driver`s Edition of Kanban: The Automotive Revolution introduces revised and expanded rules, as well as adds 40 custom-shaped wooden cars and a double-sided game board.